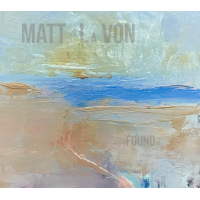 The compositions on this album were written during and in the immediate years following a tumultuous time in my life when I’d nearly given up being a musician.  In an effort to regain some confidence in myself as a composer and overcome a bout of writer’s block, I began practicing composition by isolating elements and sections of some of my favorite tunes and songs from many genres— playing them over and over at the piano, slowly adding or subtracting notes, altering rhythms and harmonies, until these little musical pieces morphed into new, independent ideas. I would also take an idea that came from the verse of an existing tune (sometimes an older composition of  mine) and remake it as the bridge, intro, or interlude of a new one. At times I would also be inspired by the intro of a tune and decide to re-imagine it as part of the main body or verse of a new composition. I would often force two unrelated ideas together, which would usually require me to imagine altogether new sections, bass lines, melodies, and chord progressions in order to make the new piece work. Many times, the added sections would be the parts that would get kept while the “repurposed” parts would be  discarded, giving way to a brand- new, original composition.  Most of the pieces that I wrote in this way would eventually be tossed out since they were merely exercises meant to get the creative juices flowing after several years of dormancy. But a few of those transformed ideas made it through to the end result of an original composition on this record. Clues  are hidden in some of the titles.  While putting this record together, I was reminded of the artist, Marcel Duchamp, and his “readymade” concept. He would take ordinary manufactured objects from everyday life and invite the viewer to see them differently than how they were originally intended, repositioning the objects or joining two unrelated objects together. In doing this, he would repurpose an object, creating a brand-new work. The comparison might be a bit of a stretch, but since part of my compositional process involved the transforming and repurposing of existing sounds, the working title of this album was “Found Objects” or “Found Works.”  I settled on the simpler title of “Found,” not only because of my writing process, but also because of where I am currently in life. As a musician, I am thankful to have been given the chance to rediscover the joy of creating and performing, while also being allowed to reinvent myself as a very different saxophonist than the earlier version of me. I’ve also been fortunate to have recently married a wonderful woman, Diane, who has contributed to my life in an immeasurably positive way.  These days, that very lost young man seems like a distant dream, and I sincerely hope that you, listener, will be able to hear, and share in, the joy that I have found, and am thankful for, on this recording. -Matt La Von

All About Jazz musician pages are maintained by musicians, publicists and trusted members like you. Interested? Tell us why you would like to improve the Found musician page.