For the Boston-born, New York-based Aaron Goldberg, Worlds his 2006 release on the Sunnyside label, is an encyclopedic circumnavigation of his ever-evolving musicality, which began with piano lessons at the age of seven. In high school Aaron got hooked on jazz by Bob Sinicrope of Milton Academy and continued his pursuit with saxophonist Jerry Bergonzi, two master educators.

“At first improvisation was a mystery and a puzzle, but soon it became a profound inner and outer journey as life and music entwined.” After receiving awards from Berklee School of Music and DownBeat, Aaron left at age 17 for NYC. At the New School for Jazz and Contemporary Music in 1991 he had his first taste of jazz in the big city, and at school he met many of his current contemporaries and friends, including Omer Avital, Brad Mehldau, Roy Hargrove, Ali Jackson and others.

In 1992 he returned to Boston and enrolled at Harvard College. While at Harvard, Aaron worked with a wide variety of artists from nearby Berklee and beyond, and won the International Association of Jazz Educators' prestigious Clifford Brown/Stan Getz Fellowship award as well as first place in National Foundation for Advancement in the Arts Recognition and Talent Search in 1993. Soon he was discovered by vocalist and first lady of jazz Betty Carter and was a founding member of her historic Jazz Ahead program.

Aaron wasted no time in the Big Apple. He quickly established himself as a stellar sideman, performing with a vast array of leaders including Al Foster, Nicholas Payton, Stefon Harris, Tom Harrell, Freddie Hubbard, Mark Turner, and others. In 1998 he joined the band of Joshua Redman, with whom he toured for 4 years and recorded two albums (Beyond, 2001 and Passage of Time, 2002).

Most recently, in addition to leading his telepathic trio Aaron has been touring and recording with young guitar guru Kurt Rosenwinkel. In 2005 he also toured South America with Madeleine Peyroux and spent 6 months performing with Wynton Marsalis in his quartet as well as with the Lincoln Center Jazz Orchestra.

Aaron's long and impressive list of recorded credits includes work with a diverse spectrum of artists ranging from Guillermo Klein to Terry Gibbs/Buddy DeFranco, as well as with fellow leaders of the next generation including John Ellis, Jimmy Greene and Eli Degibri. In 2004, Aaron produced and performed in Jazz for America's Future, a fundraising concert for John Kerry's presidential campaign that also featured Savion Glover, Brad Mehldau, Michael Brecker, Dee Dee Bridgewater, Christian McBride and others.

He is currently the musical director of All Souls at Sundown, a jazz and poetry series at Manhattan's All Souls Church. His first recording as a leader, Turning Point, was released on the J Curve imprint in 1999, followed by Unfolding in 2002. He's also a member of the OAM Trio, which recorded Trilingual (1999) and Flow (2002) for the Fresh Sound/New Talent label, as well as two collaborations with saxophonist Mark Turner: an upcoming studio project and the acclaimed Live in Sevilla (2003) on Lola Records. Show less

Swing and the Blues: Still Essential Skills and Wisdom for Successful...

Aaron Goldberg Trio Performing at the Regattabar in Cambridge on... 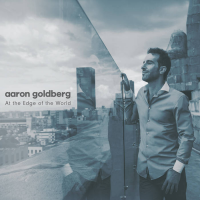 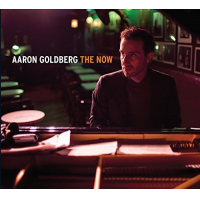 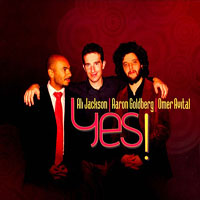 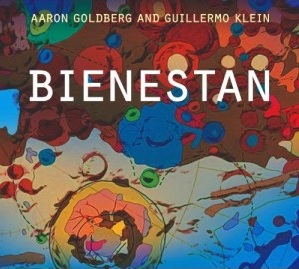 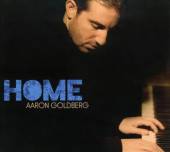 All About Jazz musician pages are maintained by musicians, publicists and trusted members like you. Interested? Tell us why you would like to improve the Aaron Goldberg musician page.