Aaron Heick is a saxophonist and woodwind player, based in New York City, who has worked with everyone under the sun, . from Chaka Khan to Barbra Streisand, and from Sting to Frank Sinatra.

You might also know him from his work as a member of Adam Holzman’s band Brave New World, K.J. Denhert’s group The New York Unit, or from his eight-year stint as a member of Richard Bona’s band.

Aaron has finally released his own CD after years of being the perennial sideman. He has taken his years of experience backing up people like Chaka, Babs, and ‘ol Blue Eyes (not to mention Sting, Paul Simon, Donald Fagen, Carly Simon, Cyndi Lauper, Aretha Franklin, Suzanne Vega), and poured it into this new CD. It reflects his love of many kinds of music and his own personal experiences traveling the world. 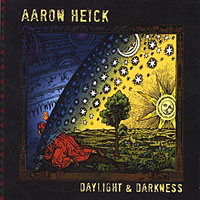 All About Jazz musician pages are maintained by musicians, publicists and trusted members like you. Interested? Tell us why you would like to improve the Aaron Heick musician page.