”How can you have a career and never say anything? To experience it all and not say a word, you're supposed to stand up and speak your mind in the music. Some people like to hear some reality. I'm not trying to save or fix the world. I'm just singing about my experiences. My songs are observations.”

For four decades Lincoln's life has been a constant transformation of experience, of awakenings into growth, of the communication of what she has witnessed. She has grown through many stages: a naive young lounge singer; a movie and jazz club sex kitten; a vocal African-American with a deepened cultural awareness; a sensitive actress contradicting cultural perceptions; an artistic and cultural exile; a poetic jazz sage. She has gone by many names, finding and then defining herself individually, culturally, and humanistically. Lincoln's music, which at first served as an escape from the life around her, grew into a means of expression, understanding, and communication with others.

Lincoln was born Anna Marie Wooldridge in Chicago in 1930. Her parents soon moved the family to Calvin Center, Michigan, her mother believing a rural area was the best place to raise a family. Since the family was poor, the children often had to entertain themselves with singing, but as the tenth of twelve children, Lincoln had a hard time distinguishing herself. She also sang in school and church choirs, often as a soloist. Her musical approach, however, was mainly influenced by recordings of singers her father borrowed from neighbors: Billie Holiday, Ella Fitzgerald, Sarah Vaughan, Lena Horne.

Lincoln proved her own singing capabilities by winning an amateur contest when she was 19 and began her musical career by moving to Los Angeles to sing in nightclubs. By 1952, she had moved to Honolulu to perform as a resident club singer under the stage name Anna Marie, but she still hadn't developed her own identity as a singer.

Lincoln returned to Hollywood in 1954 to sing at the Moulin Rouge, a nightclub with a French-style revue. Under the advice of her manager, lyricist Bob Russell, she changed her name to Abbey Lincoln. She made her recording debut in 1955 “Abbey Lincoln's Affair. A Story of a Girl in Love” (Bluenote) and went on to make several important albums for Riverside as “That’s Him”, “It’s Magic”, and “Abby is Blue”. These albums featured Max Roach on drums, with whom she also collaborated on 1960's landmark jazz civil rights recording, “We Insist! Freedom Now Suite”, composed by Max Roach with lyrics by Oscar Brown, Jr. Her studio sessions included some remarkable sidemen as Kenny Dorham, Sonny Rollins, Wynton Kelly, Curtis Fuller and Benny Golson.. She recorded “Straight Ahead” (Candid) in 1961 which included Roach, Booker Little, Eric Dolphy and Coleman Hawkins. There was a spell in the mid ‘60’s, in which she pursued an acting career and did not record, save for one date in ’68 again with Max Roach, whom she married in 1962. She wrote “Blues for Mama”, which was covered brilliantly by Nina Simone in 1966.

Despite winning accolades for film roles, Lincoln was relegated to minor television spots, never being allowed to fulfill her possible destiny as an actress. In 1970, frustrated by a stifled acting career and despondent over her recent divorce from Roach, Lincoln sought emotional relief. She began writing her own songs. Since then she has consistently crafted new tunes for her albums. “I write when I'm inspired,” she explains. “I don't just sit around waiting to write-or sing or paint for that matter. I wait. If I hear something, I'll write it down or commit it to memory one way or another.”

In 1979, almost 15 years after her last U.S. release, Lincoln offered “People in Me.” She had spent the decade writing songs, training her voice, and finding inner peace. After almost ten years of self-exile, Lincoln had emerged as a “strong black wind, blowing gently on and on.”

Throughout most of the 1980s, Lincoln continued “in the shadows, looking inward, taking the stuff of her own life—the loneliness, pain, and joy—and turning it into music,” Her approach to songwriting is autobiographical; she records the world as she encounters it and offers it back in telling observations. “A singer has the power of the word,” she explains. “What we say is direct.... I come from a long line of great singers who were social and specific and sang about their lives and the lives of their people.”

Lincoln's voice ascended to that of her celebrated predecessors not only in content but also in timbre. It is a voice now often compared to one of her childhood idols, Billie Holiday, a deep, rich voice, truer to the emotional content of her songs than to musical perfection. She delivers with a strong sense of conviction, conveying the message that she believes every word. She recorded two tribute albums to Billie in 1987, released on the Enja label.

With two releases in the early 1990’s “The World Is Falling Down,” and “You Gotta Pay the Band,: Ms. Lincoln earned both commercial and artistic success. Both are a testament to her life, her artistic vision, her overall empathy for humanity. On 1991's “You Gotta Pay the Band,” she was joined by the great jazz saxophonist Stan Getz, who died shortly after its release. The music they created and communicated together transcended not only the simple joys of life but the pain at its very end.

“A Turtles Dream” (1995) featured an all star lineup and was very well received. The opening song on the record “Throw it Away,” is very poignant, and sets the mood for the duration.

With the authority of her years and her musical and human understanding, Abbey Lincoln sheds light on every song she sings. A consummation to date of her life's mastery of word, music, and performance, it's at once a thought- provoking and a life-affirming State of the Soul address.

Spirit Of Abbey Lincoln Invoked Through Up And Coming Jazz Singer's... 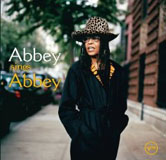 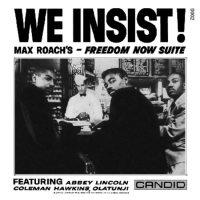 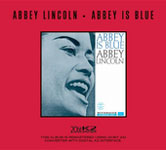 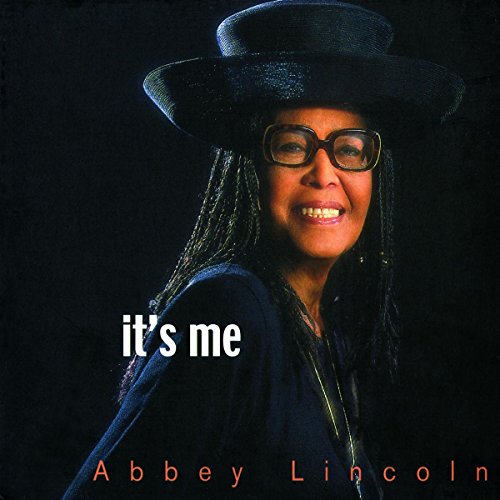 All About Jazz musician pages are maintained by musicians, publicists and trusted members like you. Interested? Tell us why you would like to improve the Abbey Lincoln musician page.