Abigail Rockwell grew up singing and writing from an early age. She studied with Clara Burling Roesch, internationally known orchestra conductor, choral director and voice teacher, in New York City in her teenage years. She later trained at the Conservatory of Theater Arts & Film at Purchase, NY.

After working at the Pioneer Square Theater in Seattle, Washington, Rockwell moved to Los Angeles where she focused mainly on voiceovers including national campaigns for Mercury Sable, Harrah’s Casino, and numerous series for PBS. After meeting renowned west coast vocal coach Gary Catona, she embarked on training and building her voice anew.

This led to her first album of standards, Union Station, which she co-produced with pianist/arranger Bill Brendle in Los Angeles. Brendle has worked with such legends as Sergio Mendes, Lamont Dosier, and Erykah Badu. The album was mixed by the Grammy Award-winning engineer, Mauricio Guerrero, and mastered at Capitol Records by Ron McMaster.

AR performed her first series of jazz performances at the Four Seasons Resort • The Biltmore in Montecito, CA. Her first performance in Los Angeles was at Tar Pit, a premier bar/restaurant, which Top Chef Mark Peel had recently opened.

She unexpectedly moved to the east coast shortly after the passing of her mother. AR then joined her father, Thomas Rockwell, to administer the Norman Rockwell Family Agency. She was instrumental in fighting the fraudulent 2013 biography of her grandfather, the Artist and Illustrator Norman Rockwell, writing front page articles for the Huffington Post and the Saturday Evening Post.

After years of investigating her grandfather’s life in the wake of that biography, Abigail Rockwell is now one of the few legitimate Rockwell scholars in the world, along with her father, and recognized as such by Sotheby’s and the National Museum of American Illustration in Rhode Island.

AR performed for the first time in NYC at the celebrated Metropolitan Room and then worked with notable NYC guitarist, Sean Harkness, as the duo Rock & Hark — they performed at Cape May Stage in New Jersey, and Rockwood Music Hall and Pangea in NYC. She then went on to present her show, Autumn Noir : Echoes of Jazz at Pangea with Grammy Award nominated pianist/arranger Gary Versace. The performance, which received rave reviews from Bistro Awards and Cabaret Scenes, led to an album, Autumn Noir, a fresh mix of originals and standards, which was released on 10.10.2018. The album continues to receive glowing notices and recognition, along with international radio play.

Abigail Rockwell recently edited the Definitive Edition of Norman Rockwell’s classic 1960 Autobiography My Adventures as an Illustrator, writing an 11 page introduction with new information on her grandfather’s life and work — she also curated 170+ illustrations to accompany the text — published by Abbeville Press in May 2019. Show less

Singer/Songwriter Abigail Rockwell Appears In A Special "One Night...

“Her voice is a bit deeper and fuller, but her phrasing, her use of occasional melisma, and the breathy sexiness of her sound call to mind Morgana King. I mean this as high praise.”

“Although many vocalists have included torch singing in their repertoire, few have made it a specialty as has Abigail Rockwell. With her breathy, smoky voice and sultry demeanor, she is most reminiscent of Julie London. What Rockwell brings to this table of torch is poetry.” 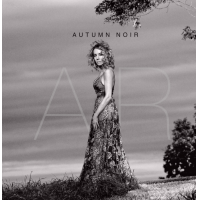 All About Jazz musician pages are maintained by musicians, publicists and trusted members like you. Interested? Tell us why you would like to improve the Abigail Rockwell musician page.