Adonis Puentes has the gift to see both the past and the present of Cuban music. And,on Vida, his solo debut, he shows that he is uniquely qualified to straddle the generations, embodying a contemporary vision of a true Cuban Sonora.

Such a gift cannot be acquired or cultured, you have to been born with it, as was Adonis and his fraternal twin brother, Alexis on March 29th, 1974 in Havana, Cuba, sons of guitar player and instructor, Valentin Puentes. The boys grew up 45 miles southwest of old Havana in Artemisa, literally across the street from the small town's cultural centre.The musical traditions of Cuba were a daily occurrence at the centre. Two or three bands would rehearse there each week and it was also the site of major concert performances.

With the ground so rich for musical exploration, it was natural that Adonis would first, learn guitar from his father at age 6 and then, join his first ensemble, which was made up of 24 children. The group became media darlings, touring all over Cuba, performing at the major festivals and for TV shows, often rubbing shoulders with Cuban music's elite. Adonis started to exercise his most distinctive gift when he turned 14, giving voice to many different bands. Before leaving his teens behind, Adonis would fall completely in love with traditional Cuban sounds and begin writing the first expressions of his own music.

In 1995, Valentin Puentes formed a family band with his twin sons and came to North America, touring Canada and recording a cassette called Los Puentes. Upon returning to Cuba, Adonis competed in a national TV show called Mi Salsa and, as one of the finalists, his reputation throughout his island home continued blossom as his vocal talents became increasingly in demand among prominent salsa bands in Havana's competitive music scene.

Adonis returned to Canada in 1998, this time to take up roots and begin the path to the realization of his own song craft, joining up with his brother Alexis in the Alex Cuba Band which would become The Puentes Brothers. Their debut album, Morumba Cubana received the kind of critical acclaim normally reserved for long-established Canadian artists; a Juno nomination in 2001, the Westcoast Music Award and an Indie award for the Best World Beat Independent Album of the Year. This period coincided with a rebirth of interest in Cuban music. The Buena Vista Social Club had become a global music phenomenon, achieving platinum sales in Canada. Presented with The Puentes Brothers' sweet harmonies and undeniable command of the tenants of Cuban son, the music press had to ask themselves, “Could it be that authentic Cuban roots need not be the sole property of a fading generation of players?” Indeed, Adonis and Alexis were pointing to the future of the form and continued to light up stages across North America and into Europe with this revelation.

Though the twins make a formidable team, both Adonis and Alexis possess such a wealth of individual talent that they owed it to themselves and the music world to follow their separate muses for a while. In September of 2004, Adonis began work on his stunning new solo debut, Vida.

Vida (Life) brings Cuban tradition rushing into the present with the strength and athleticism of an artist at the peak of his form. Produced with instinctive understanding by his twin brother, Alexis, along with Joby Baker and longtime Puentes collaborator and timbale maestro, Jose Sanchez, Vida crackles with charm and sophisticated elegance. Adonis feels lucky to have had the opportunity to work with some amazing musicians in the creation of the new album. Through complex descargas to poignant ballads to urban-infused contemporary expressions, Adonis' crisp and compelling tenor soars above masterful instrumentation with heartfelt confidence.

Vida is more than a celebration of Adonis Puentes' life which has been permeated with rich Cuban tradition, it's about giving new life to real Cuban music in the 21st century. Show less 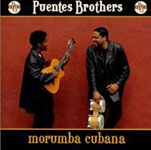 All About Jazz musician pages are maintained by musicians, publicists and trusted members like you. Interested? Tell us why you would like to improve the Adonis Puentes musician page.