Aimua Eghobamien is a New York-based, British singer-songwriter and poet. He released his third album, brazen. simple., in March 2017 with exquisitely crafted songs and poetry. Drawing from influences that include his Ẹdo heritage, jazz, blues, classical and folk music, brazen. simple. creates a non-linear memoir that exposes once private thoughts and shares significant periods in his life.

He released his second album, London Live, in 2014. Recorded live in London at Kings Place and Pizza Express Jazz Club, London Live captures his Black Sessions project created and performed by him with a group of brilliantly talented UK musicians.

He released his debut album, Poured Gently in 2010 to rave reviews.

‘He is a true, thoroughly exciting, original’ JazzTimes

‘A very sophisticated singer with a strong voice’ Jazzwise

‘There's something magical about his voice’ BBC Radio Ulster 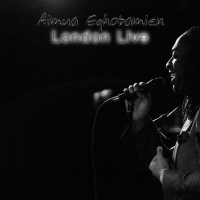 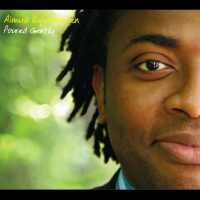 All About Jazz musician pages are maintained by musicians, publicists and trusted members like you. Interested? Tell us why you would like to improve the Aimua Eghobamien musician page.