Akemi Yamada ( stage name “akemi”) is a native of Tokyo, Japan, and was raised in a musical family, surrounded by classical music, Japanese and American pop, and Hawaiian music. At the age of 4, she took up an upright piano being influenced by her elder sister, and studied classical piano privately for 10 years. The early exposure to broad range of music helped Akemi develop open ears and excellent musicianship. Initiating her singing career in a broad range of music from rock to R&B, she gained B.A. in Political Science at Gakushuin University, and traveled all over the world, such as Europe, Africa, South America, South-East Asia, India, South Pacific, Australia, and Antarctica to broaden her horizon. Subsequently, her passion in music shifted to jazz, inspired by its beauty of harmony and improvisation. Akemi relocated to the United States in 2003 to pursuit BFA degree in jazz vocal performance at the City College of New York, where she received Israel E. Drabkin Memorial Award, the Pro-Musica Award, and the full scholarship for CIM (Center of Improvisational Music) workshop, and graduated in 2007 Summa Cum Laude. As well as having professional training on jazz vocal performance by legendary Sheila Jordan, and classical vocalist Janet Steele, she studied music theory, jazz harmony and improvisation, composition, and jazz piano, with notable musicians including John Patitucci, Mike Holober, Ray Santos, John Motley, Scott Reeves, and Ray Gallon. Living in Harlem and jamming with established jazz musicians, Akemi gradually became known as “musician’s singer” for her superb musicianship. In 2007, she recorded her first solo album “With A Song In My Heart” with the leading musicians in the New York jazz scene, and showed her outstanding improvisational skill. Akemi keeps evolving her own approach to jazz singing. While being based on traditional jazz (influenced by Carmen McRae, Chet Baker, and Clifford Brown), Akemi has developed her special ability to blend the various music blend (mix of contemporary jazz, Brazilian music, Pop, jazz-house, Japanese traditional music, R&B, gospel, and classical music) into her own musicality. She has established her own vocabulary in her singing, improvisation, and writing. Especially, she applies her unique harmonic work on her own arrangements and compositions. Spicing up with her own taste “warm and dreamy”, she has been performing “Akemi's dreamy jazz” actively in the New York City, singing her unique arrangements of jazz / bossa-nova / MPB standards, and her own compositions, while also keeping her basic, straight-ahead(traditional) jazz, depending on the occasions. The musicians she performed with include Helio Alves, Pete McCann, Quincy Davis, Alex Kautz, Ronald Lashley, Greg Ryan, Franco Pinna, Renato Thoms, Michael O’Brien, Matteo Sabattini, Tal Ronen, Ray Gallon, Joseph Lepore, Toru Dodo, Carlton Holmes, Randy Napoleon, Chuck Stevens, and Alex Pryrodny. The venues she performed at include Jazz at Kitano, Drom, The Triad, Shrine World Music Venue, Somethin' Jazz Club, Blue Owl Cocktail Room, Tomi Jazz, Domaine Bar A Vins, Lanza’s, Merkin Concert Hall, and Columbia University. She also hosted and performed a jazz event for the City College of Technology in Brooklyn (2007). She made a first appearance on a radio in March 2009 for the show “The Jazz Life” at 88.7FM (New York / New Jersey), celebrating “Woman In Jazz Month”, where she was interviewed live and her own composition and her signature song “My Journey -Ta Bi Ji-” was air-played. Akemi started touring in Japan regularly since 2009, and performed in major jazz clubs in Tokyo, Sapporo, and Osaka. In 2015, Akemi recorded some of her original music with her own New York sextet and released her second EP “Ta Bi Ji –My Journey-“. While keeping her own project “ Dreamy Jazz” active, Akemi has also been involved with recording projects of Ronald Lashley, one of the world’s top flautists in jazz and classical music under Hawthplay Records LLC since 2014. Hawthplay Records featured Akemi for 3 songs on Ronald Lashley’s Christman compilation album “Christmas Jingles”, released in 2014. Akemi has been working on her solo full album with original bossa-nova music produced by Ronald Lashley, titled “Bossa Solstice”, which will be released in 2016. Akemi is also a versatile singer. Other genres and projects Akemi has been exposed to are the followings: Female vocal group Las Sirenas and Aedea, involving the repertories of European / Asian traditional and contemporary choral music (2003-2006), Harmonia Opera Company with the rendition of a Japanese opera “En Saga” at Merkin Concert Hall as a second principal singer (2008), Voices of Grace as a choir section leader and a soloist at Grace Congregational Church of Harlem, where she performed a series of Negro Spirituals(antique Gospel songs) and standard sacred songs (2008 to current), and First Moravian Church Choir in Manhattan working a section leading role to perform Bach choral music for a special tribute event (2011). Currently, she is involved in International Brazilian Opera Company and will perform concerts in June and October 2016 at the venues in New York City and in Washington D.C. 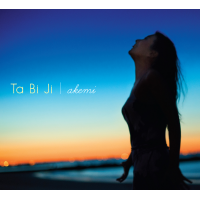 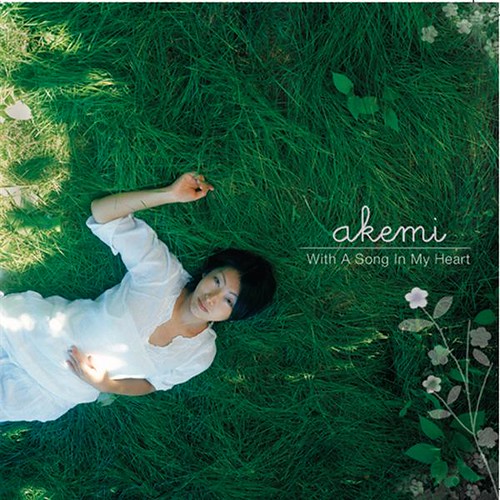 All About Jazz musician pages are maintained by musicians, publicists and trusted members like you. Interested? Tell us why you would like to improve the Akemi Yamada musician page.