Alan Paul is an entertainer in every sense: He has always loved to perform, from the early days in Red's Candy Store to concert stages all over the world, he has delighted audiences during his lifelong career.

Alan was born in Newark, New Jersey, his earliest musical experiences came from his family. “There was always a lot of singing in my house. We had an old Emerson tape recorder that we would all take turns singing into. My grandfather was a cantor and his singing influenced my mother, who in turn sparked me,” he recalls. When Alan was about seven years old, his family bought the album Jerry Lewis Just Sings. Lewis had recorded this album of old songs, with the most prominent in the collection being his version of the old Al Jolson song “Rock-a-bye Your Baby With A Dixie Melody.” It was fairly popular at the time, and the family heard it on the radio, which prompted them to buy the album. Alan loved “Rock-a-bye” and sang it all the time. Alan was never shy and would sing for anyone, anywhere, anytime. His first performances were in Red's Candy Store in his neighborhood. Red would ask Alan to sing “Rock-a-bye” for him, and Alan would, drawing a small crowd. The man who cut his hair at Joe's Barbershop would ask him to sing as well, and he would sing and then the man would give him a free haircut! It was during this time that his family noticed he could sing, and sing well.

Around this time, he joined the South Ward Boy's Club of Newark. “The people at the Boy's Club were very supportive of my singing and encouraged me to develop my talents,” Alan says. He credits them with helping in his early theatrical training by awarding him a scholarship that enabled him to study privately in New York and put him through college. Alan's talent led to invitations to sing at Boy's Club events. The president/founder of the Boy's Club was active in the political scene and he asked Alan to perform at many important events for councilmen, the mayor, and the Governor of New Jersey. He also landed his first theatrical role during this time, playing Ally in “A Hole In The Head.” In 1959, when he was nine years old, Alan entered a statewide talent contest open to all kids under age 18, hosted by New Jersey's Governor Meyner. Over 500 contestants entered, and it was narrowed down to about thirty finalists, including Alan. The finals were held in Atlantic City. He sang a medley his mother wrote for him entitled “A Song & A Dance Man/A Quarter To Nine.” He won the contest hands down! Right after that, he began studying with Charlie Lowe, a vaudevillian who held classes in Manhattan. “From Charlie, I learned the fundamentals of performing, like how to use your hands and body to express the words of a song,” Alan recalls.

Upon entering Hillside High School, Alan “wanted to be just a regular guy, but somehow people always knew of my show business side. So I sang at a school talent show, and was amazed when I got a standing ovation. It was at that moment I discovered the performer was the real me. I loved to perform. I had a real drive for it.” It was difficult to get out to auditions in the city, so Alan put together an act and performed around the New Jersey and New York areas to “keep my vocal and performing chops,” he says. Much of the music that he sang was influenced by the singers and groups that he listened to: Frank Sinatra, Tony Bennett, Frankie Valli, Frankie Lymon, The Young Rascals, Jackie Wilson, Ella Fitzgerald, and The Temptations, just to name a few. He was also attracted to groups like The McGuire Sisters and The Mills Brothers - “That sound just knocked me out,” Alan adds.

After high school, he attended Newark State College (now Kean University) where he earned a BA in Music Education. With college behind him, he was working in the Catskills when he heard about a part in the original Broadway production of “Grease.” Auditioning, he landed the role of Teen Angel/Johnny Casino. “It was an easy part. I came on in the second act. I had the best entrance of the show - I came in swinging on a rope,” he says. It was while he was appearing in “Grease” that he met Tim, Janis, and Laurel, who were looking to reform The Manhattan Transfer and needed a fourth voice to complete their quartet. “I had no intention of getting involved with a group,” he recalls. “I was in a hit show and doing a lot of television work. Who needed uncertainty? But they came to see me, and the way they felt about music, the kind of act they wanted to do - it all suddenly made absolute sense to me. In an hour and a half, I changed the whole course of my career.” Alan once said of The Manhattan Transfer: “We are truly a unique vocal group. We can handle almost everything from R&B and jazz, to swing and pop, and are always striving for perfection. Although we are all extremely different individuals, our greatest achievement has been the merging of our four voices into a cohesive whole.”

Not only is Alan a talented singer and performer, he is also an accomplished songwriter and arranger. He earned Grammy nominations for his songs “Twilight Zone/Twilight Tone” and “Code of Ethics.” Many of his songs are well known to Transfer fans: “Smile Again,” “Spies In The Night,” “Malaise En Malaisie,” “What Goes Around Comes Around,” and the additional lyrics on “It's Good Enough To Keep (Air Mail Special)” from SWING. As far as individual projects go, Alan has worked on the soundtrack to “The Marrying Man,” which was produced by his partner Tim Hauser. He would like to release a solo album, and has worked on some tracks for the future project with legendary arranger Ray Ellis, who is most known for the work he did on the early Johnny Mathis albums as well as Billie Holiday's last album, Lady In Satin. He has also performed with the Bill Elliott Swing Orchestra in the Los Angeles area. Alan is now working as a personal development & performace coach through a masters program with Coach University. The coaching is specifically but not exclusively with people in the creative arts in areas like career development, relationships, and personal foundations.

Alan Paul's first ever solo CD was released in March 2003 and is entitled Another Place And Time after one of the songs on the CD written by Michel Legrand. The collection is a collaboration that Alan did with Peermusic. The CD features a 30 piece orchestra, big band, and members of the The Manhattan Transfer band -- as well as a guest appearance by Janis Siegel on the song “Everything's made For Love”. Alan co-produced the CD with David Snyder, who also did many of the orchestrations.

Alan Paul is an eight time Grammy Award winner and founding member of the internationally acclaimed vocal group The Manhattan Transfer. His contributions as writer and arranger are also well represented. His work in these categories has earned him four Grammy Award nominations for his compositions, “Twilight Zone”/”Twilight” “Tone” and “Code Of Ethics” and vocal arrangements for “The Boy From NYC” and “Rays Rockhouse.”

Some of the other songs he has penned include, “Smile Again,” “Spies In The Night,” “Malaise en Malaisie,” “All Heart,” “The Quitetude,” “What Goes Around Comes Around,” “Santa Man,” “It's Good Enough To Keep,” “Stompin' At Mahogany Hall,” “Nothin' Could be Hotter Than That” and Ragtime in Pixiland. 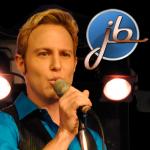 All About Jazz musician pages are maintained by musicians, publicists and trusted members like you. Interested? Tell us why you would like to improve the Alan Paul musician page.