Originally formed as a garage rock & blues duo, Albino Rhino has been evolving since their inception. After cutting their teeth and sharpening their horns in DC and Northern Virginia, Rhino has become known for their raw power, energy, and unforgettable funk. The band plays funk-infused rock and blues, with elements of jazz and a tendency for extended improvisational jams that take their live audiences on an ever-evolving emotional rollercoaster.

Like Albino Rhino's individual members and their multifaceted city of Washington, DC, their music includes both unique properties and mass appeal. Drawing from their diverse experiences, they have written songs about beach life, social justice, funk, and of course, rhinos, so you're sure to find something for YOU within this band's eclectic portfolio. They put on an exciting live performance that inevitably leads to uncontrollable hip-swaying and dancing. The question isn't if, but when, will you #RhinoUp? 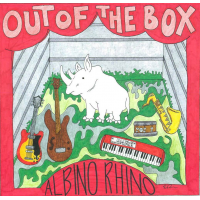 Out of The Box 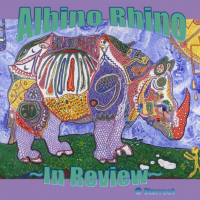 Albino Rhino
Out of The Box

All About Jazz musician pages are maintained by musicians, publicists and trusted members like you. Interested? Tell us why you would like to improve the Albino Rhino musician page.