Bassist and composer Aldemar Valentin is one of the most sought after bassists currently based out of Puerto Rico. Aldemar holds a Bachelor of Music Degree from Berklee College of Music in Boston and a Masters in Jazz Studies from the New England Conservatory in Boston. Aldemar currently teaches at the Inter American University/Metropolitan Campus in San Juan, Puerto Rico and continues to perform with the top acts in the country.

Valentin produced and released “Finding My Path,” in 2009 on the arrakis label. This was recorded in a live setting and features Valentin on bass, Ricardo Pons, baritone sax and flute, Raul Romero, guitar, and Efrain Martinez on drums. 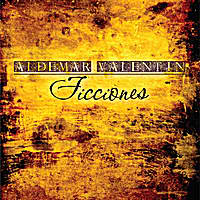 All About Jazz musician pages are maintained by musicians, publicists and trusted members like you. Interested? Tell us why you would like to improve the Aldemar Valentin musician page.