Pianist, keyboardist, composer, born in 1978 in Zajecar (Serbia). He began to study piano at six in the music school “Stevan Mokranjac” in Zajecar, but after a few years he leaves classical music education and continues to explore different musical genres and styles. In 1998 he started his professionall music career, and in 1999 he formed the Alegorian Jazz Band, which brings back jazz music to Zaječar music scene after years of break. Since 2004 he performs with Coolares band and as a solo pianist, working with many prominent musicians in Serbia and Montenegro. He presents his original work for the first time as a composer with the Woodcock Group, at successful concert performance at the finals of Umbria Jazz Balkanic Windows competition in 2009 in Belgrade. In 2011 he released his first album “Water Stories” published by Sunset Jazz Recordings, New York. In 2012 he founded Serbian Jazz BRE! multimedia project with photographer Ivan Grlić. He has performed at jazz festivals all over the country (Belgrade Jazz Festival, Novi Sad Jazz Festival, Nišville, Jazz Fest Valjevo, Jazzik Subotica, Jazzibar Kraljevo, ..). He also participated in various cultural activities, projects and workshops (Danubefest Belgrade, Belgrade Belgradisation, Open Heart Street, Kotor Carnival, Lomatomija – Toma Zdravkovic tribute, Vocal Jazz Workshop with Jelena Jovovic, bATgK Film Festival, Festival Etnomus, Sterijino Pozorje, UN International Jazz Day Belgrade...)

Show less
He has had dozens of performances, appearances and interviews on radio and TV stations (RTS, TV Pink, B92, RTV Studio B, RTZ Zajecar, Atlas TV Podgorica, Belgrade 202 ..) as well as a large number of articles, reviews and interviews in print media and on the Internet (Politika, Blic, Danas, Press, Vijesti, SEEcult.org, Jazzin.rs, PRLOG, PR.com ...)

teaching students to teach themselves. 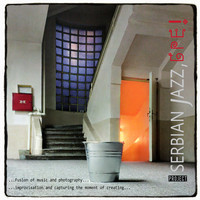 All About Jazz musician pages are maintained by musicians, publicists and trusted members like you. Interested? Tell us why you would like to improve the Aleksandar Jovanovic Schljuka musician page.