Alessandro Fongaro (1991, Valdagno, Italy) is an Italian bassist and composer based in Rotterdam (NL). Between 2014 and 2017, he led the Alessandro Fongaro 5et, a project that debuted in 2016 with the album ‘Neither More nor Less’ (Mainland Records). While a student of the Conservatory of Rotterdam (Codarts), Alessandro won the Erasmus Jazz Prijs (2014) and The Records (2014). After receiving his bachelor’s degree from Codarts with the highest honours, Alessandro temporarily moved to Amsterdam to attend his master’s in jazz double bass, which he completed in 2016. Alessandro currently leads and writes music for the band CLOD!, an electric instrumental project that blends jazz and indie-rock. As sideman, the bassist performs regularly and recorded with Koeniverse 3 ft. Joris Roelofs, Kika Sprangers Large Ensemble and Quintet, Sun Mi Hong Quintet, Robert Koemans Trio, BRAIN//CHILD, Allison Philips Trio, Rok Zalokar Trio, ROEST and others. As part of Koeniverse3 he won The Records 2015 and as part of the Sun Mi Hong Quintet he won the Dutch Jazz Competition in 2018. During the past years, he also got the chance to perform with musicians such as Jasper Blom, Bo van der Werf, Harmen Fraanje, Joris Roelofs, Tineke Postma, Ben van Gelder, Reinier Baas, Joost Patocka, Mete Erker, Mark Schilders and many others. Since 2017, Alessandro is a guest teacher at Codarts (Conservatory of Rotterdam) where he teaches improvisation and coaches ensembles.

Read more articles
The jury of the Erasmus Jazz Prijs 2014 - Hans de Lange, Jair Tehong and Kars Veling - says “Alessandro is a real band leader, with enormous attention for the sound of the bass. His set was adventurous and made sure the jury “was on the edge of the chair.” - “A solo of Fongaro is like a novel you want to read.” 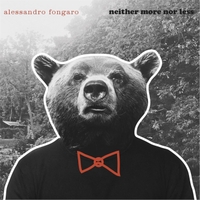 Neither More Nor Less 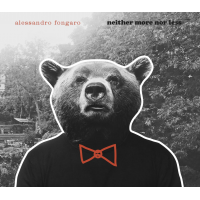 Neither More nor Less

All About Jazz musician pages are maintained by musicians, publicists and trusted members like you. Interested? Tell us why you would like to improve the Alessandro Fongaro musician page.