I grew up in the vibrant creative scene of the San Francisco Bay Area, learning from incredible musicians as a regular student at the Stanford Jazz Workshop. I learned music largely by ear with Gordon Fels and gigged locally. I don't remember a time when I didn't play music or a time when I didn't improvise.

I left home to attend Yale University (CC '16) and performed with a number of musical groups. One of my main projects was the band Newspeak. In 2014, we recorded the album Machinery of Night with 11-time Grammy-winner Jack Renner. In 2015-6, we performed commissioned pieces at the Yale University Art Gallery, completed an artistic residency at an artist commune in Austria, and toured California and Vermont. I also sang and toured around the world with Redhot & Blue, Yale's oldest coed a cappella group. I performed solo at venues worldwide, including interpreting the life of a zenmaster through song at Rakuya Label in Tokyo.

Playing music, for me, is only half the story.

When I arrived, Yale did not have an official jazz program. I worked tirelessly as a founder and president of the Yale Undergraduate Jazz Collective to promote music education at Yale and in the broader community. I was a founder of the student-organized Jazz Festival at Yale, which has made concerts by Vijay Iyer, Cory Henry, Wayne Escoffery, Anthony Coleman, Andy Akiho, Takuya Kuroda, Jane Ira Bloom, Stephan Crump, and more, freely accessible to community and campus. My work was featured in the New York Times, Yale News, the New Haven Independent, and more. In 2016, my dream came true and Yale started a jazz program under student pressure.

My work at Yale led me to believe deeply in the power of jazz in a liberal arts environment. As a history major, I wrote my thesis “Kinds of Red: Jazz in Soviet Experience” on the history of jazz in the Soviet Union. It was the recipient of the Andrew D. White Prize in European History and the Wolfgang Leonhard Prize in Russian and East European Studies. I was also featured on NPR for engineering a generator of Siberian throat singing.

I found particular creative outlet at the Yale University Art Gallery, where I student curated the exhibition Jazz Lives: the Photographs of Milt Hinton and Lee Friedlander. Our curation job was nominated for a Lucie Award and featured by Pulitzer-winner Mark Feeney in the Boston Globe. For the exhibition, I researched the history of the photographs and music to construct an experiential museum space. I also organized a series of concerts and free programming surrounded by the photographs.

I hope to create musical experiences which transcend simply playing standard repertoire. I want to work on projects which are truly creative, which bring together disparate interests to create powerful syntheses. Show less 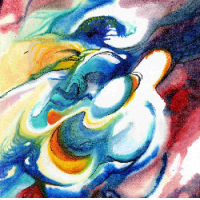 All About Jazz musician pages are maintained by musicians, publicists and trusted members like you. Interested? Tell us why you would like to improve the Alexander Dubovoy musician page.