He may only be in his 20’s, but Alex Frank has already established himself as a first-call bassist for film (Jersey Boys, Black Nativity), television (You’re The Worst, Modern Family, Friends With Better Lives), and records (Bruce Forman, Dave Damiani). Along with pianist Peter Smith and guitarist John Storie, Alex recently founded the group Too Marvelous For Words, a tribute to the original Nat King Cole trio, which has begun touring nationally.

Additionally, Alex is the bassist in jazz trios with pianist Tamir Hendelman (Barbra Streisand) and guitarist Bruce Forman (Ray Brown), and has recorded with them as well. In fact he is the bassist on Forman’s latest album, The Book of Forman, also featuring Marvin “Smitty” Smith on drums. His touring has taken him around the world, performing at such prestigious venues as New York’s Café Carlyle, Seattle’s Jazz Alley, and the Java Jazz Festival in Jakarta, Indonesia.

In 2013, Alex placed second in the International Society of Bassists’ biennial jazz competition, and in 2014, as a member of Bruce Forman’s Cow Bop, he was inducted into the Texas Western Swing Hall of Fame. Alex has toured with Cow Bop at such renowned venues as Cain’s Ballroom in Tulsa, the Continental Club in Austin, Kuumbwa Jazz in Santa Cruz, as well as tours in New Zealand and New Caledonia. Also in 2014, Alex had the privilege of performing at UCLA with the Los Angeles Jazz Orchestra Unlimited, along with special guests and honorees Ernie Andrews, Barbara Morrison, and Kenny Burrell.

When he’s not on tour, you might be able to catch Alex in residency on Monday evenings at the Culver Hotel in Culver City, Tuesdays at Bourbon Steak in Glendale, Wednesdays at Clifton’s Cafeteria downtown, Thursdays at the Dave Koz Lounge at Spaghettini’s in Beverly Hills, and over the weekend at the JW Marriott at L.A. Live and The Federal Bar in North Hollywood. Show less 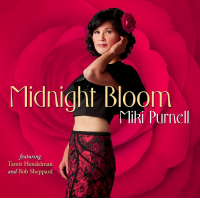 All About Jazz musician pages are maintained by musicians, publicists and trusted members like you. Interested? Tell us why you would like to improve the Alex Frank musician page.