Award-winning musician, composer, arranger, educator, and percussionist Ali Jackson developed his talent at an early age. A virtuoso, Ali has contributed significant musical works as a composer and arranger and he holds the distinction of being the first percussionist to perform and create music across the entire spectrum of musical styles.

He began playing drums at the age of two and piano by the age of five. As a child growing up in Detroit, Ali found himself immersed in serious study alongside his father, the great jazz bassist Ali Jackson Sr., who gave him an intense introduction to music, taking him on gigs where he began playing professionally at eight years old.

Ali’s natural ability and passion for music bloomed and by the age of 11 his aptitude flourished as a result of a steady stream of lessons and mentoring from an all-star lineup of music legends, including Max Roach, Milt Hinton, Dr. Donald Byrd, Betty Carter, Aretha Franklin and James Mtume. During one lesson when he was 12, Ali met Wynton Marsalis and impressed the trumpet virtuoso and future collaborator with his maturity and his advanced knowledge of the piano and music theory — skills rare among drummers.

Ali graduated as a music major with high honors from Detroit’s prestigious Cass Tech High School, a program with a rich legacy of consistently producing the country’s top musicians.

As a student at the New School University for Contemporary Music in New York City, he was privileged to study with Max Roach and Elvin Jones. He attended college on a full academic scholarship, earning an undergraduate degree in music composition. In 1994 Ali was selected as the guest soloist for the Beacons of Jazz program honoring legendary jazz drummer Max Roach. The Thelonius Monk Institute and Jazz Aspen selected him to participate in the first annual Jazz Aspen for gifted and talented musicians. Ali was also the first recipient of the state of Michigan’s prestigious Artserv Emerging Artist award in 1998.

After moving to New York for college, Ali became highly sought after for his distinctive, powerful swing, which is marked by a comprehensive knowledge of different styles, genres and historical eras. Known for playing innovative, melodic drum solos utilizing all of the surfaces of the drum set, Ali’s playing is compact, tight and full of a simmering intensity that is unmistakable.

Upon graduation Ali spent several years touring and recording with a diverse group of musicians before accepting the role as Drum Chair of the Jazz at Lincoln Center Orchestra in 2005. Ali was the driving heartbeat of the big band, which was founded by Wynton Marsalis to bring together the world’s top jazz musicians on every instrument to showcase the music of Duke Ellington and other great composers and arrangers. As an integral part of the rhythm section, Ali’s playing helped define the sound of the JLCO and Wynton Marsalis for more than a decade and is documented in hundreds of recordings and videos of concerts that were witnessed by millions around the globe.

As a bandleader, Ali has recorded five albums, including Amalgamations, Wheelz Keep Rollin’, Big Brown Getdown and the Yes! Trio album. Ali’s playing is featured on more than 40 other albums, including Congo Square, Touchdown, Gunn Fu, Young Gunn Plus, European Sessions, Live at Yoshi’s, Reflections in Change, Back East, Two Men With The Blues, Three-Five, Here We Go Again: Celebrating the Genius of Ray Charles, He and She, The Magic Hour and From the Plantation to the Penitentiary. Jackson also collaborated with jazz greats Cyrus Chestnut, Reginald Veal, and James

Carter on Gold Sounds, an innovative album that sought to transform songs by indie alternative rock band Pavement into unique virtuosic interpretations with the spirit of the church and the attitude of the juke joint. His production skills can be heard on George Benson’s album Irreplaceable. He is also the voice of Duck Ellington, a character in the Penguin book series Baby Loves Jazz.

Ali is also an acclaimed composer whose voice is unique in its command of the universal language of the groove and the power of thoughtful use of space — both rhythmically and harmonically. His most recent masterworks include the Jazz at Lincoln Center Orchestra-commissioned Living Grooves: A World in Jazz Rhythm, and a ballet composed for the Alvin Ailey Dance Company titled r-Evolution, Dream.

Ali’s collaborations with other artists continue to push the envelope of jazz music and its connection to the human spirit. In 2010, Ali executive produced an original work called Beats of NYC, a project blending the musical idioms of Congolese, Senegalese, Tap, and modern dances juxtaposed with various styles of spoken word and the history of the blues. He also composed a ballet with long-time collaborator Hope Boykin titled Ballet: Watching go by the Day.

Beyond the performance stage, Ali takes a leading role in advocating for arts and musical education to build stronger communities around the world. As an active supporter of the arts, music, and the humanities, Ali believes in the power of jazz education to help students cope with life experiences by creating a positive mindset and working collectively toward common goals. He has donated musical instruments and conducted numerous master classes in the effort to improve music knowledge and uplift aspiring students. He has given lectures on jazz and culture at New York University, Stanford University, Eastman College of Music and Columbia University and has taught hundreds of music education classes for grade school students across the country. Show less 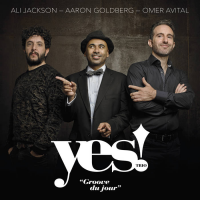 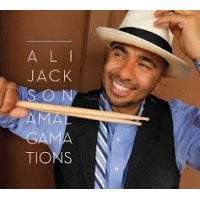 All About Jazz musician pages are maintained by musicians, publicists and trusted members like you. Interested? Tell us why you would like to improve the Ali Jackson musician page.