I was born & raised in Israel, in a multicultural household. My mother came from Argentina, and my father is from Israel. Although my parents were not professional musicians, my father played accordion, and my mother played the piano. There was always a piano at home, music was always present, and I had a strong support at home to immerse entirely in music. My exposure to music from all corners of the globe is something I have been cultivating since a very early age. I started taking piano lessons when I was 5, and graduated the Thelma Yalin high school for the arts, and the Gyvataim conservatory.

I came to The United States in 1993 at the age of 23, after living two years in Costa Rica, where I had a piano trio, and collaborated with different artists.

Since in the U.S. I have attended Berklee College of Music in Boston, where later on I taught for four years. While living in Boston I have recorded my sextet album, D.S. Al Coda, recorded for film music, and traveled worldwide.

At about the same time I started recording and performing my original compositions & arrangements with the NDR Bigband, based in Hamburg, Germany

. This collaboration became a long term relationship, which produced an album which was released in 2012 and another album coming up this year, featuring singer/songwriter & percussionist Joca Perpignan, my partner in the ALON & JOCA duo project. Show less 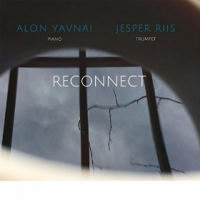 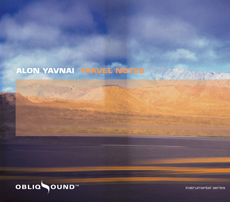 All About Jazz musician pages are maintained by musicians, publicists and trusted members like you. Interested? Tell us why you would like to improve the Alon Yavnai musician page.