Al Swainger is a musician who happens to be a bassist. He is also a composer, improviser and FX enthusiast. His eclectic tastes have led to making music in a wide variety of genres over the years with literally hundreds of musicians. Covering ground from pop to progressive rock , traditional to modern jazz and fully improvised soundsculpture. Al is always keen to explore new musical territory. Currently he is focusing his unique style on his own experimental composition project Pointless Beauty. An album (After & Before) is due for release later this year featuring Neil Yates, Mike Outram, George & Mark Whitlam. 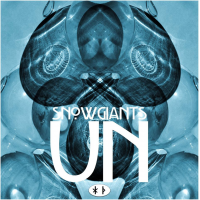 All About Jazz musician pages are maintained by musicians, publicists and trusted members like you. Interested? Tell us why you would like to improve the Al Swainger musician page.