Alyn is the drummer with the Scottish National Jazz Orchestra, a position he has held for the past 4 years. In November 2004 through jazz saxophonist Tommy Smiths recommendation, Alyn was invited to deputise for drummer Gary Novak (Chick Corea, Alannis Morrisette) in Joe Lockes Four Walls of Freedom band which featured Tommy Smith and Ed Howard (Shirley Horn, Roy Haynes) where he played for a weeks residency at Ronnie Scotts in London. He is also featured on Tommy Smith latest album - Forbidden Fruit.

As well as enjoying playing in the jazz genre, Alyn has a deep love for many other styles of music including, Rock, Funk, R+B and Folk and for the past 5 years he has recorded and toured all over Europe and America with top celtic band Wolfstone. He is also featured on many independent and major albums, including the Isobel Campbell (Belle & Sebastian) and Mark Lanagan (Queen's of the Stone Age) on their 2006 Mercury Prize nominated album Ballad of the Broken Seas and her follow up album 'Sunday at Devil Dirt'. He's recently recorded an album with singer/songwriter Gareth Davies Jones and the amazing jazz vocalist Carol Kidd - Dreamsville on Linn Records and is now currently on tour in Europe with Isobel, promoting her new album.

Read more articles
”His overall command...energises the music in compelling fashion.” The Scotsman

“...it's a testament to the world-class prowess of the participants.” The Guardian 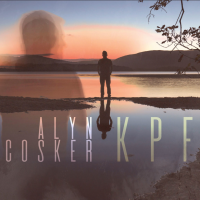 All About Jazz musician pages are maintained by musicians, publicists and trusted members like you. Interested? Tell us why you would like to improve the Alyn Cosker musician page.