After moving to Chicago, Ill. in the 1960’s Ms. Myers taught in the public school system for six years. She attended Roosevelt University briefly and became a member of the Association for the Advancement of Creative Musicians (AACM) in 1966. As an AACM member she started composing for voice and instruments. In 1975 she organized her very first choir for a musical she wrote called I DREAM.

In 1976 Ms. Myers moved to New York City where her career became even more multifaceted. In 1977 she moved into the theater realm, writing pieces for this medium. She acted and composed music for a number of Off-Broadway productions. Ms. Myers was the assistant musical director for AIN’T MISBEHAVIN' prior to it’s Broadway production. In 1978 she was choral director at SUNY at Old Westbury for a year.

Her larger works include: INTERIORS, a composition for chamber orchestra conducted by Peter Kotik and performed by S.E.M. Orchestra. This piece was produced by the AACM and performed at the NYC Society of Ethical Culture; IM-PROVISATIONAL SUITE FOR CHORUS, PIPE ORGAN AND PERCUSSION; for 16 operatic voices, pipe organ and two percussionists; WHEN THE BERRIES FELL, eight voices, piano, Hammond B3 and percussion; A VIEW FROM THE INSIDE, a staged piece showing the workings of the inside mind. This included a chef from New Orleans and his assistant, a weaver, pianist, guitar/trumpet/voice (Olu Dara) and choreographer Rrata Christine Jones. Original art work by Ms. Myers was on the set; FOCUS, a piece written for piano, voice, electric bass and photographic images from Myers’ home town of Blackwell. HOW LONG BRETHREN, based on Negro Songs of Protest originally created by Helen Tamiris, was recreated by choreographer Diane McIntyre. The music score was created by Genevieve Pitot with original orchestra arrangements by Leslie Loth. The orchestral score was discovered with instrumentation only. Ms. Myers recreated and re-edited parts that were found in pieces from the archives of George Mason University. She conducted the symphony orchestras with choruses (The Wesley Boyd Singers of Washington, D.C at George Mason University; and the Western University Chorus from Western University). Myers has composed a few big band compositions performed by AACM musicians. She has performed works written by writer Ntozake Shange and other new works created by Diane McIntyre. Myers has collaborated in ongoing concerts with her soul sister Sola Liu where they are combining Chinese and Afro-American music traditions through singing, playing and dancing.

In 2010 Myers was commissioned by the Chicago Jazz Institute to compose and direct a composition for a 17 piece jazz orchestra in honor of the late and great composer, arranger and pianist Miss Mary Lou Williams’ 100th birthday. She was also commissioned by Baritonist Thomas Buckner to compose a composition for him. She titled it I WILL NOT FEAR THE UNKNOWN for baritone and piano. The performances were “lots of fun” says Myers. 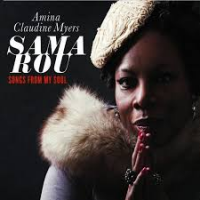 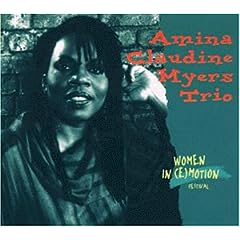 All About Jazz musician pages are maintained by musicians, publicists and trusted members like you. Interested? Tell us why you would like to improve the Michele Rosewoman musician page.