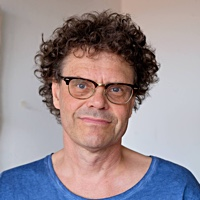 Celestial inspiring music freed from the annoyance of labels.
—All About Jazz

Critically acclaimed and innovative virtuoso Anders Hagberg is a unique soloist on a variety of flutes and soprano saxophone. His musical synthesis, combines the improvised freedom of jazz with an archaic Scandinavian lyricism and influences from his longtime collaborations with Oriental musicians. Creative, and with instrumental mastery, these elements are merged into a profound and personal expression.

Improvisation and boundary crossing collaborations are the hallmarks of Anders, and his projects often includes artists from various genres and cultures as well as other art forms such as dance and visual arts

He has been touring worldwide with his own groups and as a soloist with Yggdrasil, Mynta and New Jungle Orchestra as well as musicians like Marilyn Mazur, John Tchicai, Anders Jormin, Vikku Vinayakram, Shankar Mahadevan to name a few. His international collaborations include artists from India, Middle East, Japan, Brazil, West Africa and the United States.

He has composed music for films and dance performances and made many albums in his own name, which have received grammy nominations and prizes. He has been artistic director and performer for many openings of events like festivals and art exhibitions where Urkult/Fire Night, Stockholm Millenium and Nordic Watercolor Museum (i.e

As a Professor of Musical Performance, Improvisation at the University of Gothenburg, Academy of Music & Drama Anders is working with teaching, artistic research and as a supervisor.

As an artistic director for Connecting Worlds, Anders has created a series of concerts and a platform for new collaborations between artists from Europe and the Orient.

“Hagberg has a unique voice on his instruments, blending Eastern inspiration with the Scandinavian sounds in a wonderful way” (Nettavisen)

”Celestial inspiring music freed from the annoyance of labels.” (all about jazz)

“Anders Hagberg creates a unique world of sound, filled with beautiful, lyrical melodies and suggestive rhythms…Music that knows no boundaries, independent of time and space…it moves from quiet wonder to expressive, explosive exuberance. (Opulens, 5 of 5)

”Anders Hagberg is a master of creating presence and feeling.” SvD

All About Jazz musician pages are maintained by musicians, publicists and trusted members like you. Interested? Tell us why you would like to improve the Anders Hagberg musician page.