Andréa Wood is living proof that music was meant to evolve. As a vocalist, she has been praised by JazzTimes Magazine for her “astonishing vocal range effective in conveying the emotions of a song.” As a composer and arranger, she mines even deeper ore with a signature sound that is at once cerebral and accessible. On all fronts, she draws on jazz, soul, and Brazilian influences, balancing innovative songwriting with respect for the standards through which she learned her craft.

Born and raised in the heart of Washington, D.C., where she attended the prestigious Duke Ellington School of Arts, she grew up in a musical household. Learning piano from her mother starting at age 5, she developed a love for soul and R&B singers. Whitney Houston, Stevie Wonder, Erykah Badu, and a host of classical composers were among her early favorites. It was while studying classical voice in high school, in fact, that an astute jazz teacher took her under his wing, thus opening a whole new world. Classical training, she recalls, required her to be in character, but in jazz she could put her own spin on things. She welcomed the greats like Miles Davis and Bill Evans, but also gravitated toward immortal balladeers Shirley Horn, Sarah Vaughan, and, later on, Betty Carter. Spending too much time, however, cataloging influences may leave you with little to go on: Andréa is her own singer, through and through.

Andréa and her band perform regularly in and around New York City. They have played at some of the country’s premier venues, including The Kitano, The Iridium, and the historic Town Hall in NYC; the Kennedy Center, Smithsonian, and Constitution Hall in D.C.; and as far afield as Mumbai, India. She released her debut album, Dhyana, in 2011 to rave reviews and international acclaim, and has been featured in festivals across the U.S., including the Detroit Jazz Fest, the Clifford Brown and Rehoboth Jazz Fests in Delaware, and the Intersections American Arts Festival in her hometown of D.C. In 2013, she and her band spent four months in Mumbai serving as inaugural faculty at the True School of Music. While there, she toured the country alongside the Renee Rosnes Quartet as part of the Jus’ Jazz Festival, culminating in a performance at Mumbai’s National Centre for the Performing Arts. Since completing her Master of Music at the Manhattan School of Music in 2013, Andréa continues to pour all of this passion into her teaching as she works toward her Master’s degree in Music Education at Columbia University’s Teachers College.

In addition to her working ensemble, Andréa sings for a French gypsy jazz band, a neo-rock band, a Pink Floyd cover band, and a Nigerian afrobeat band led by former Femi Kuti drummer Tosin Aribisala. She has been a featured guest on several projects, including a recording with Bizzy Bone of Bone Thugs-n-Harmony. In fact, hip-hop has been a longtime interest and makes its way into the mix of her sophomore effort, Kaleidoscope, released on Biophilia Records in the summer of 2015. It’s her most personal statement yet, mixing a wide-ranging palette of emotions into a veritable spectrum of strength and sadness. Not only does it represent a giant leap forward for this singular artist; it also puts theory into practice through her reinterpretations of beloved classics, and more than ever shows the evolution and strength of her songwriting gifts.

Read more articles
“The Duke Ellington School of the Arts graduate moves fearlessly up and down octaves, all the while maintaining a distinct sense of purpose. She can explore the upper register in a beguiling waft, or plunge into the basement with buoyant, swelling articulation.” -CapitalBop

“Wood’s moderate vibrato at the end of each line and astonishing vocal range inject her phrasing with a dramatic effect, quite effective in coveying the emotions of a song.” -JazzTimes

“At her core is a certain poised softness that elevates her to glide over the material, without ever losing contact with it.” -Washington City Paper

“The Duke Ellington School of the Arts graduate moves fearlessly up and down octaves, all the while maintaining a distinct sense of purpose. She can explore the upper register in a beguiling waft, or plunge into the basement with buoyant, swelling articulation.” -CapitalBop

“Wood’s moderate vibrato at the end of each line and astonishing vocal range inject her phrasing with a dramatic effect, quite effective in coveying the emotions of a song.” -JazzTimes

“At her core is a certain poised softness that elevates her to glide over the material, without ever losing contact with it.” -Washington City Paper

“She has the voice and the feeling for this very important work…. She is there and she knows what to say so we want to listen.” -Jim Compton-Schmidt, KFCF Fresno, CA 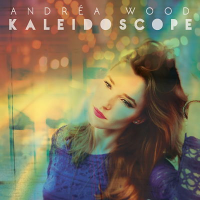 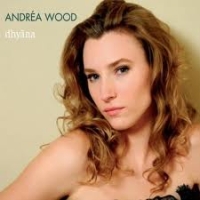 From: dhyana
By Andréa Wood

All About Jazz musician pages are maintained by musicians, publicists and trusted members like you. Interested? Tell us why you would like to improve the Andréa Wood musician page.