Composer and Guitarist Andrew Boscardin has been performing and writing music for over 20 years. He has appeared on stage with numerous musicians including Tom Varner, Chris Stover, Mack Grout, Jovino Santos-Neto, Julian Priester, Karl Latham, John Lee, Ben Thomas, Brad Gibson, Jon Hamar, Chuck Deardorf, Clark Gibson, Rachael Contorer and the Jim Knapp Orchestra. In June 2008, the premiere of works for his new Nickel and Brass Septet was the recipient of a smART venture award from the City of Seattle Office of Arts and Cultural Affairs. This septet’s first CD, “Four-Color Heroes!” is scheduled for release in February 2009.

In addition to his work as a bandleader, Boscardin has contributed music for dance, stage, and film, both as a composer and performer. His film work include scores for the short films “Murder”, “Enlightened”, and most recently, “The Marthas” and “Times Like These” for Bay Area director Rick Bosner, with whom he continues to collaborate. Boscardin has studied with Dave Peterson, Jim Knapp, Hummie Mann, Glenn Alexander, and John Yannelli. He is a graduate of Sarah Lawrence College in New York, where he studied composition and electronic music and performed in the school's Improvisation and Guitar Ensemble, and of Cornish College of the Arts in Seattle, where he majored in jazz guitar performance. 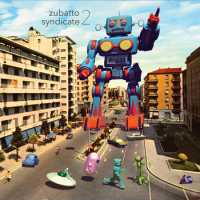 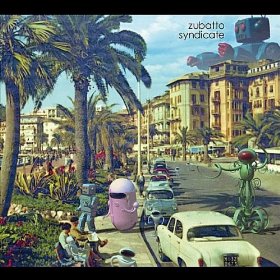 All About Jazz musician pages are maintained by musicians, publicists and trusted members like you. Interested? Tell us why you would like to improve the Andrew Boscardin musician page.