A folio of songs for sextet loosely inspired by Cane, Jean Toomer's classic volume of stories and poems published during the Harlem Renaissance, Dusk features Hill's New Point of Departure Sextet of virtuosi and the mature vision of an artist who has always flourished just beyond fame's spotlight, the better to see, hear, feel and create without its insistent glare. At age 63, Hill is especially gratified that there's plentiful new interest in his impeccable, elusive music — his teasing, just-beyond-grasp lyricism, his improvisations that simulate processes of thought, his themes that come together as naturally as night falls towards the end of a long day.

Hill was born in Chicago (despite mistaken information which prevailed for years that he arrived there in early childhood with his parents from Port au Prince, Haiti), raised in the heart of that city's black South Side, and discovered playing accordion and tapdancing outside his neighborhood's nightclubs and theaters by the great Earl “Fatha” Hines, who liked what he heard and told young Andrew, “I should be your master.” Stan Kenton's arranger- trombonist Bill Russo also encouraged Hill, and introduced him to German composer-music theorist-in-exile Paul Hindemith, who corrected the notation of the youth's nascent yet intriguing compositional style.

Hill began gigging in 1952, and in the summer of '53 accompanied alto saxophonist Charlie Parker at the Greystone Ballroom, in Detroit. In the mid '50s he rehearsed with Miles Davis, worked with Dinah Washington and Coleman Hawkins, then organized his own trio and recorded So In Love, his debut (featuring bassist Malachi Favors, a founder of the Art Ensemble of Chicago, and drummer James Slaughter) in 1955.

Upon moving to New York in 1961, Hill performed with Rahsaan Roland Kirk before being contracted as a leader by Alfred Lyons, the founder of Blue Note Records who proclaimed Hill his “last great protegé” at the 1986 Mount Fuji Festival celebrating Blue Note's legacy. Hill's Blue Note sessions from November, 1963 through March '66 were released as the albums Black Fire, Smokestack, Judgement, Point of Departure, Andrew!, Compulsion, One For One and Involution and are compiled in the seven-CD boxed set The Complete Blue Note Andrew Hill Sessions (1963-66) on Mosaic Records. Hill returned to Blue Note in 1989 and '90 to record Eternal Spirit and But Not Farewell, both of which featured saxophonist Greg Osby, and again late in '99 as a guest on Osby's album The Invisible Hand. He also released albums on the Arista-Freedom and Black Saint/Soul Note labels during the '70s and '80s, but spent most of those years (until the death of his wife Laverne in 1989) on the West Coast, offering solo concerts, classes and workshops in prisons, social service and academic settings, also playing occasionally at international fests.

Hill was a tenure-track associate professor of music at Portland State University, established its successful Summer Jazz Intensive, and has performed, conducted workshops and/or attended residencies at Wesleyan University, University of Michigan, University of Toronto, Harvard University and Bennington College. But in the past five years, since re-marrying and relocating (”for love,” as he says) to New York City environs, he has been rediscovered by a new generation of reverent musicians, jazz aficionados and general yet generously appreciative audiences.

Hill's New Point of Departure Sextet, named for one of his best-known Blue Note albums, was convened for the Texaco Jazz Festival of 1998 at the suggestion of Michael Dorf of the Knitting Factory, with advice from James Brown of the club Sweet Basil; the New York Times, calling Hill “one of the 1960's jazz heroes,” said the sextet's first concert was “a triumphant return.” The sextet has since held weeklong engagements at New York's Jazz Standard and Birdland, and performed memorably at Lincoln Center Out of Doors in summer 1999. Besides Hill at the piano, its members include saxophonists Marty Ehrlich (a veteran “downtowner” and musical associate of Muhal Richard Abrams, Julius Hemphill, Wayne Horvitz and John Zorn, among others) and Greg Tardy (a new but already much-in- demand tenor soloist), trumpeter Rod Horton (a stalwart of the Jazz Composers Alliance), backbone bassist Scott Colley and drummer Billy Drummond, one of the most imaginative of post-bop swingers.

Hill has performed at Lincoln Center's Alice Tully Hall, opening the World Music Institute's Interpretations series, and also concertized at the Studio Museum of Harlem. Columbia University's WKCR-FM has broadcast Hill's entire discography (lasting more than 50 hours), and in 1997, for his 60th birthday, he received a Lifetime Achievement Award from the Jazz Foundation of America.

NEC Faculty Member Jason Moran Led A Performance Of "The Music Of... 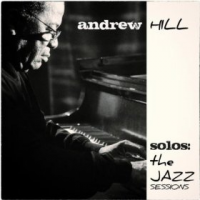 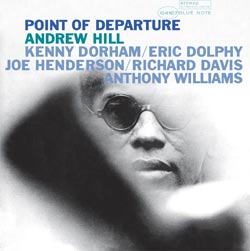 All About Jazz musician pages are maintained by musicians, publicists and trusted members like you. Interested? Tell us why you would like to improve the Andrew Hill musician page.