Andy Rumble has had a successful career in British television and theatre for a little over 20 years. He was chosen by Barry Manilow to score his musical Copacabana in London's West End. There followed more west end musicals and more successes including two long running television series.

“My Kind Of Music” with Micheal Barrymore involved Andy in every aspect of music from composing to arranging and playing on the sessions.

He has also composed for the BBC Concert Orchestra and appeared with them on Radio 2 with his “Nocturne For Jenia”. This will be included in a later album.

Andy believes that the line between Jazz and Classical music is very thin line indeed and maybe it doesn't exist at all! This will be Andy's exploration in albums to come in the future. His first album, “Bringing Back The Melody” is a first step in a direction that trys to present “jazz” in a melodic and meaningful way that will appeal to an audience well beyong the usual jazz audience. Only you, the audience, can judge whether this has been successful. 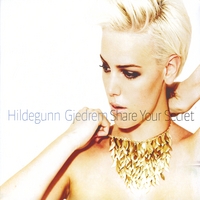 All About Jazz musician pages are maintained by musicians, publicists and trusted members like you. Interested? Tell us why you would like to improve the Andy Rumble musician page.