Anibal Rojas is a saxophonist with indigenous roots in a modern world. His is the music of the immigrant, the sound of assimilation and integration, the blending of cultures, classes, and musical traditions.

Born in Chile, Rojas emigrated to the U.S. in his early teens. His parents, fleeing political persecution, bought him a saxophone and signed him up for music lessons to keep him out of trouble. To supplement the family's income — his father's modest doctoral student stipend— Rojas spent his summers as a migrant worker in Iowa's cornfields. All the while, he was learning too — English and music. He scored a full music scholarship auditioning on a horn that was held together with rubber bands and four years later scored a degree in music performance from the University of Iowa.

A classically trained jazz lover, Rojas moved to the East Coast and found work with R&B and funk bands, who appreciated his screaming altissimo and big, colorful sound. He spent a few years touring with oldies R&B groups like Cuba Gooding and the Main Ingredient as well as with funk bands like Skintight and New York Horns. The performances took him from across the country and halfway around the world, to Morocco where he played for the king.

But all the while, the soundtrack playing in his head was the music of the Andes, voiced on saxophone and on indigenous instruments like the quena, quenacho, and zampoña. And while valuing his career as a sideman, he wanted to make music that was his own. Depending on the day — or what kind of music they heard him playing —”experts” advised Rojas to make a smooth jazz, Latin jazz, funk, pop, or R&B record. But while in New York, he spent some time with Latin Grammy winner Nestor Torres, who advised him to “just write music that's a reflection of who you are as a person.” And so he began developing a distinctive voice in Jazz & World Music.

Anibal has been an integral part of the East Coast music scene for 20+ years. He has performed in major venues nationwide, including Carnegie Hall, The Apollo theater, The Greek Theater, and Universal Studios Amphitheatre, and has appeared on the television shows “Access Hollywood”, “The Joan Rivers Show”, “Good Morning America”, “The Today Show”, “The Early Show”, and “The David Letterman Show”. He also performs in clubs, theaters and recording studios of the tri- state area as well as South America, Europe, and Africa. Anibal is a renowned performer in any and all styles on all of the saxophones and flutes.  He currently holds the lead tenor sax chair with Ralph Irizarry and Timbalaye. Anibal is also featured on Timbalaye's latest CD “Algo Nuevo”. And starting in March 2014, Anibal can be seen on PBS performing with the show “Under The Streetlamp”. Anibal's latest CD “Root Kinetic” was released to rave reviews from critics and musicians alike. He can be seen performing music from his CDs with his band “ARQtet.” Anibal breaks hearts playing his native wood carved flutes and breaks glass with his gut-bustin’ Lenny Pickett sax altissimo. Endorsed by Navarro mouthpieces, Anibal is also a regular featured artist at NAMM.  Anibal is also a highly sought-after educator with a very popular sax lessons series on Youtube entitled “SAXREX SESSIONS.

Anibal Rojas Saxophone
Anibal Rojas is “Off the Hook!” –Unsigned the Magazine Some might classify this artist as Jazz. And it is to be sure, but an added bonus is the World music sound that Anibal fuses into this CD. There’s a wonderful story to go with this CD as well, but that will come later. For now, let’s discuss the saxophone mastery that Anibal displays on tracks like ‘Le Montrose’ and ‘Missing Brecker’. The sax is big, and screeches in all the right places, but most importantly it screeches in a very controlled manner that is fresh all at the same time. ‘Lay Down’ and ‘The Midnight Zone’ are a beautiful flute filled pieces that I could easily envision myself sitting alone on some beautiful mountain top watching the sun fade to

Anibal Rojas is “Off the Hook!” –Unsigned the Magazine Some might classify this artist as Jazz. And it is to be sure, but an added bonus is the World music sound that Anibal fuses into this CD. There’s a wonderful story to go with this CD as well, but that will come later. For now, let’s discuss the saxophone mastery that Anibal displays on tracks like ‘Le Montrose’ and ‘Missing Brecker’. The sax is big, and screeches in all the right places, but most importantly it screeches in a very controlled manner that is fresh all at the same time. ‘Lay Down’ and ‘The Midnight Zone’ are a beautiful flute filled pieces that I could easily envision myself sitting alone on some beautiful mountain top watching the sun fade to. He lends an other-worldy feel to his music by including said flutes and various indigenous instruments. I’m sorry, but I really must recommend this CD to serious music lovers everywhere.

World Class World Music –Skip Spratt/Sax Shed Rojas’ new release features his pure tenor sound, world percussion, and ethnic flutes. The native Chilean turned Philadelphian - by way of Middle America - has a unique sensibility. His tenor soars over the percolating drums and percussion and ethnic flutes. Rojas can burn on the tenor but also knows when to let his sound speak more than his technique.

Rojas has put together a world class, world music influenced CD with “ah- knee-ball”. He clearly demonstrates that he has many diverse voices all within this one musician’s soul.

Can't Stop Listening... –Bill Harris/The Harris Brothers I LOVE THIS CD! It's all I listen to anymore! Everybody reading this should but a copy right away! It's awesome.

A Must-Have Jazz CD! –Bernie Kenerson This is a wonderful must have CD for any jazz collection. Anibal’s tenor sax, soprano sax, flute, EWI, and ethnic flutes are all his own. It’s like taking a vacation to an exotic jazz island with someone that reminds you of an old friend as a guide. As the guide leads you on a grand tour of this sonic paradise you experience things that take you away from your everyday life. The varying landscapes of the island are the songs on this CD and the guide that reminds you of an old friend is Anibal Rojas. I say he’s like a familiar old friend because his gorgeous tenor sound comes from the Brecker-Berg- Mintzer school. But be certain that Anibal shines through and by the end of the tour he will be a new friend. The rhythm section supports Anibal’s melodies and solos perfectly, never getting in the way or drawing unnecessary attention to themselves and when called on to solo they leave you wanting more.

Top-Notch EWI Chops –Windcontroller No question, some of the best music I have heard. Really, really top notch.

A Distinctive Profile in Jazz & World Music –TAXI I like the blend of indigenous Andean elements and comtemporary jazz. To my ears, the parts all work well togehter. The ensemble sounds excellent overall; great feel as far as the rhythm section. Sax solo lines sound assured and masterful throughout. The production sounds radio ready and could appeal to smooth jazz, contemporary jazz, and world music playlists. It could also be viable for soundtrack uses and film/TV placements. I think yo've got a good angle on creating a distincy profile for yourself in jazz & world music genres. 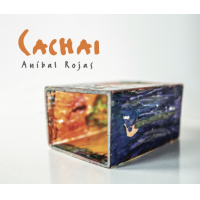 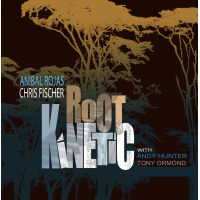 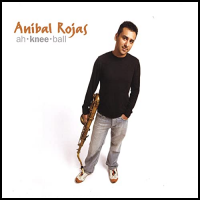 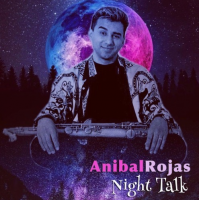 All About Jazz musician pages are maintained by musicians, publicists and trusted members like you. Interested? Tell us why you would like to improve the Anibal Rojas musician page.