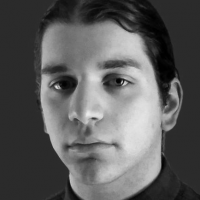 A dynamic new force on the Philadelphia music scene, Anthony PC explodes with a diverse array of cutting-edge music–from composing and production to accomplished performances, Anthony embodies the spirit of the city that Gritty calls home.

Along with an impressive classical background (his first love), years of jazz instruction as a parallel pursuit, comes his deep dive into the rap hip hop scene through venues such as Newports and News and Rec Philly. His ongoing collaboration with talented rap/hip hop artists is gaining recognition.

Mixed in liberally throughout his extensive experience, is 15+ plus years as a consummate set drummer that started at Philly’s school of rock playing to enthusiastic crowds at some of Philly’s hottest venues, and culminating in a tour of Germany with performances at Zapannelle–the worldwide Frank Zappa tribute festival.

“I am a South Philly native, draws their inspiration from my love of Philadelphia for my compositions and music projects. From an early age, my involvement with musical genres throughout the city, including gospel, jazz, classical and many more has expanded my reach to many musicians and venues.”

All About Jazz musician pages are maintained by musicians, publicists and trusted members like you. Interested? Tell us why you would like to improve the Anthony Passante-Contaldi musician page.