Anthony Smith has been performing, arranging, composing and producing music professionally for twenty-five years. As a pianist, keyboardist and vibraphonist, he has worked with many well-known artists in the world of jazz, and also pop, rock and a variety of other genres. In addition to working as a sideman in a large number of both local and touring groups, Anthony has led many of his own bands, performing extensively throughout the U.S., and also abroad on occasion.

Anthony is also a prolific composer and writer, having written and produced numerous albums, screenplays, stage plays, and a seven-hundred-page memoir titled “The Lizard Stays in the Cage,” published in 2013. He served for years on the jazz faculty at San Diego State University, where he earned a Masters Degree in 2010, and was the regular keyboardist for The Mighty Untouchables, one of San Diego’s premier variety pop/rock acts. Anthony also performed regularly for many years with a who’s who of San Diego’s finest jazz musicians, appearing live at many of the city’s top clubs and venues on an ongoing basis.

In 2014, Anthony relocated to New York City with his wife and two sons, and is currently establishing himself in the East Coast’s vibrant jazz scene, as both a vibraphonist and pianist.

Recent Reading: A Book About Vibes

”One of my favorite musicians that recently arrived in NYC is Anthony Smith. He's a jazz artist of the highest level—a deep thinker with an interest in pushing the vibraphone more into the focus of jazz fans and enthusiasts. Anthony's incredible abilities as a pianist give him a unique approach to the vibraphone, allowing him to make melodic and harmonic choices that are refreshing. As a bandleader with years of experience, he surrounds himself with world class, like-minded musicians that make his performances stand out.” —Behn Gillece, vibraphonist/composer, clinician, Positone recording artist 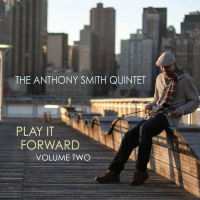 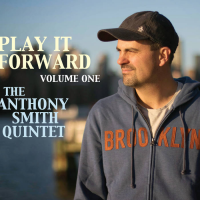 All About Jazz musician pages are maintained by musicians, publicists and trusted members like you. Interested? Tell us why you would like to improve the Anthony Smith musician page.