Brussels-based drummer and composer Antoine Pierre (1992) has become a key figure on the Belgian jazz scene. Leader of the bands Urbex and Next.Ape but also a pro-active sideman, he is a part of various important bands on the international scene -a.o. with eminent guitarist Philip Catherine or with « TaxiWars », the jazz vs. rock experiment led by Tom Barman and Robin Verheyen.

Back from New York in 2015 where he studied for a year after graduating from the Royal Conservatory of Brussels, Pierre receives the Sabam Jazz Award Young Talent. Later that year, he goes into the studio to record his first album as a leader, URBEX. Released in 2016, the band tours for two years in Belgium and around then goes back into studio to record their second album, 'Sketches Of Nowhere' (2018, Igloo Records).

Another side of Pierre’s multiple-sided artistic personality is shown by the creation of his trip- hop/alternative/electric band Next.Ape in which he joins forces with Hungarian singer Veronika Harcsa, guitarist Lorenzo Di Maio and keyboardist Jérôme Klein. In February 2019, they release their first EP and tour internationally -sometimes with American saxophonist Ben Wendel as special guest. Throughout 2019 and 2020, they regularly go in the studio to prepare their first album to come out by Fall 2021.

In January 2020, Pierre is the artist-in-residence at the Brussels Jazz Festival (Flagey) for which he’s commissioned to present 3 different projects: an all-star quartet featuring American saxophonist Joshua Redman, a completely improvised set with fellow drummers Lander Gyselinck and Mark Schilders and an internationally-enlarged version of his band Urbex. The latter was recorded and gave birth to their upcoming album, 'Suspended', to be released in April 2020 (Outnote Records).

Throughout the years and various projects that covered several albums, he fine-tuned his approach and style. This led to him to stand out clearly and be welcomed by the finest players. Pierre is a pro-active sideman (Jean-Paul Estiévenart Quintet, Veronika Harcsa Quartet, TaxiWars,…) who already played with various musicians such as Philip Catherine, Joshua Redman, Enrico Pieranunzi, Ben Wendel, Logan Richardson, Jacky Terrasson, Didier Lockwood,…

“Like nightcrawlers we stumble from one atmosphere into the next, the whole album through.(...) It makes 'Sketches of Nowhere' a fascinating addition to the fast expanding catalogue of Belgium’s new wave of jazz

“Like nightcrawlers we stumble from one atmosphere into the next, the whole album through.(...) It makes 'Sketches of Nowhere' a fascinating addition to the fast expanding catalogue of Belgium’s new wave of jazz. Dive in.” Nessradio 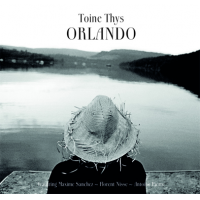 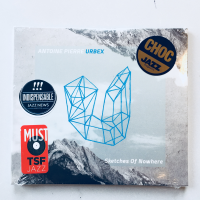 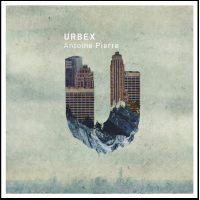 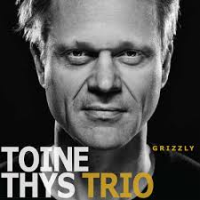 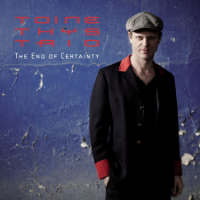 The End of Certainty

All About Jazz musician pages are maintained by musicians, publicists and trusted members like you. Interested? Tell us why you would like to improve the Antoine Pierre musician page.