Born in Cape Town, South Africa, Anton began playing drums at age four. After performing in numerous successful local rock bands he moved to Boston to further pursue his musical interests. His formal education included studies at the New England Conservatory of Music in Boston, studying both jazz and classical disciplines graduating with Honors in 1975. In 1976 he moved to New York where he began to establish a career as a freelance musician.

Anton is presently a member of the “CBS Orchestra” appearing nightly on 'Late Show with David Letterman' - a position he has held since 1986. During this tenure he has played with scores of great artists including Miles Davis, James Brown, Bruce Springsteen, Stevie Winwood, Bonnie Raitt and Tony Bennett. The CBS Orchestra has backed up a host of artists in other venues such as Stevie Wonder, Faith Hill, Little Richard and BB King at the closing ceremonies of the summer Olympic Games in Atlanta. They also backed Al Green, Gloria Estefan, In Sync and Eric Clapton for VH1's Save the Music concert at the White House.

The CBS Orchestra is also the house band for the Rock and Roll Hall of Fame, playing with music's most influential personalities. Most recently they were the backup band for the concert for New York City where they performed with David Bowie, Mick Jagger and Keith Richards, Eric Clapton and Buddy Guy, Macy Gray, and James Taylor.

As a freelance drummer Anton has also played live with Paul Simon, Booker T and the MG's, The Thompson Twins at Live Aid, and played alongside Jim Keltner for Bob Dylan's 30th Anniversary concert celebration.

Anton's videos, “In The Groove” and “Late Night Drumming”

In 1996 Anton released a drum instructional video and book entitled “In the Groove” and “Late Night Drumming”.

Anton continues to be an in demand studio and live musician and is currently recording and composing for numerous projects. Show less 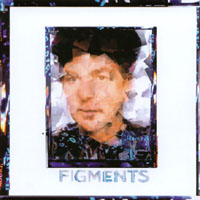 All About Jazz musician pages are maintained by musicians, publicists and trusted members like you. Interested? Tell us why you would like to improve the Anton Fig musician page.