Archie Ajay Jackson bass, electric
” I was blown away by the music! I will be putting this into my Jazz rotation for the next wedding I do and for the next time I need some good music to listen to when I'm driving. I can hear the influence that Wayman Tisdale had on Archie and he brings it like Wayman did. I will be turning others on to this CD so they can preview and purchase it for themselves. From the slow tempo tracks to to the upbeat tracks you can feel the emotion in the music. I loved it. Thanks! “ 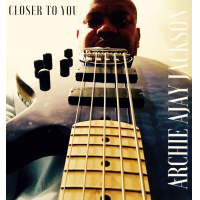 All About Jazz musician pages are maintained by musicians, publicists and trusted members like you. Interested? Tell us why you would like to improve the Archie Ajay Jackson musician page.