Aridane attended CPMLPGC and CMMB conservatories. He graduates with the best qualifications (Award of honor in percussion, orchrestal soloist and chamber music) also received several prizes as a chamber musician and percussion soloist. After graduating, he enrolled at the Liceu Conservatory studying with the acclaimed drummer and percussionist Marc Miralta.

Aridane has received classes from Jeffery Davies, David Friedman, Eric Sammut, Keiko Abe, Gary Burton. Aridane published in 2017 his first album as leader, “Tiébélé”, in two editions, each one designed by a canarian painter with twelve original paintings inspired by his music in an innovative project. Actually he is the only spanish percussionist who is currently part of the team of artists sponsored by the North American brand, Mike Balter Mallets.

Aridane's “Tiébélé” is a melodic landscape. The album is full of quality, rhythmic contrast and very worked compositions. 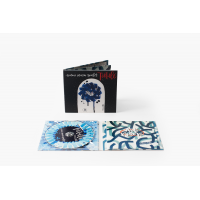 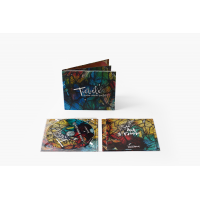 All About Jazz musician pages are maintained by musicians, publicists and trusted members like you. Interested? Tell us why you would like to improve the Aridane Martin musician page.