Since moving to NYC in 2005, Ark Ovrutski has had a busy career free-lancing with many of the great jazz musicians from many generations, including: Curtis Fuller, Carmen Lundy, Mark Soskin, Steve Williams, Larry Willis, Javon Jackson, JD Walter, Duduka da Fonseca, Patience Higgins,Gerald Hayes, Michael Borstlap, Cynthia Scott, Jim Rotondi ,Will Boulware, Donald Edwards, James Spaulding. In 2007 Ark began work on his Masters degree in music at Rutgers University in New Jersey, studying with bassist Mike Richmond, drummer Victor Lewis and pianist Stanley Cowell, among others. Veteran bassist Bob Cranshaw advised him to go for a doctorate, which he’s done at University of Illinois. Taking the most ambitious big band compositions of Charles Mingus as his doctoral project, Ark has received his DMA. As a life-long component of the Eastern Europe and NYC music community, Ark has always returned to his roots regardless of where his musical endeavors have taken him abroad. His recording project titled by the Ark Ovrutski Quintet “Sounds of Brazil” (2010) featuring Grammy drummer Duduka Da Fonseca, piano player Helio Alves and two great flute and sax players Craig Handy and Jorge Continetino performed a unique blend of different styles of jazz, Brazilian grooves, original melodies and contemporary arrangements. This album was highly estimated and Ark was invited to play with this program to Dizzi Coca Coca jazz at Lincoln Center in NYC in April 2011

. Ark’s album 44:33 (2014) featuring Mike Dease and Ulysses Owens released on the recording label ZOHO. This CD was nominated by DOWNBEAT in the section PLAYERS in June 2014 and got a lot of positive feedback. The latest Ark’s venture is the newest CD “Intersection”(2016) featuring Michael Dease and Grammy drummer Duduka Da Fonseca recorded in May 2015 and is out in January 2016 on the recording label ORIGIN.

“Sounds Of Brasil is a unique blend of contemporary arrangements and original melodies in various different styles of jazz with Brazilian grooves.” – Russ Musto-All about Jazz ““44:33” … performs program of bright melodies, tight ensemble collaboration, individualized solos and firm underlying swing. 44:33 – titled for its running time — is an expression of accomplishment and direction from a coterie of players, instigated by a well informed, thoroughly engaged leader.” – Howard Mandel-Downbeat “Matching the brio and inventiveness of modern jazz with strong melodies and brilliant ensemble interplay, Ovrutski creates a major “time to take notice” statement on 44:33.” – Thomas Staudter-Downbeat 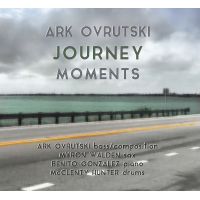 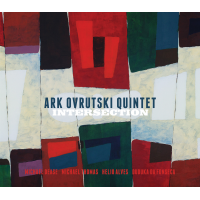 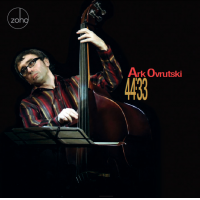 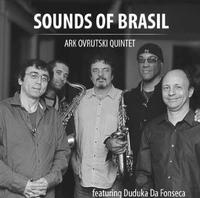 All About Jazz musician pages are maintained by musicians, publicists and trusted members like you. Interested? Tell us why you would like to improve the Ark Ovrutski musician page.