If you’ve ever heard the Berlin guitarist Arne Jansen, you’ll know how difficult it is to forget his special sound. That passionate rummaging around in the warm diversity of the electric guitar, where bashful understatement mixes with playful sensuality. The humaneness become sound that always searches for what is special in the commonplace, exudes serenity and yet never itself comes to rest because its quest never ceases.

Originally from Flensburg, Jansen moved to Berlin in 1996 to study jazz guitar at the University of the Arts until 2001. In workshops with Pat Metheny, John Abercrombie, Kurt Rosenwinkel and Philip Catherine he honed his craft and was soon playing alongside stars like Gitte Haenning, Tim Fischer and Katja Riemann. In the bands Jazzanova and, since 2010, the Nils Wülker Group, Jansen also attracted a lot of attention, but the centre of his creative universe is his own trio, with which he has released two critically acclaimed albums.

Now, with his third album, his ACT debut “The Sleep Of Reason”, Jansen again tells a very personal story. It is a collection of pieces about the Spanish painter Francisco Goya, who began his artistic career as a celebrated court painter, and who in the course of his long life transformed into a maverick visionary whose fateful influence on art cannot be overestimated, even 200 years after his death. On the contrary, Goya is becoming ever more contemporary, but Jansen wasn’t thinking about the Spaniard’s art-historical significance when he set out to translate Goya’s visual imagery into sound. The initial spark for the album was a personal encounter. When playing a concert a few years ago in Madrid, Jansen took the time to visit the famed Prado art gallery. As he was just about to leave his glance fell upon Goya’s Black Paintings. In particular the famous “Witches’ Sabbath” and “A Pilgrimage to San Isidro”, with their contorted faces and horrified eyes, left such a lasting impression on him that he speaks of this moment as the most intimate experience with art in his whole life. He knew immediately that that subject and that man would never let go of him, and back in Berlin he began occupying himself intensively with Goya. A veritable flood of ideas galvanised his composing quill into action, culminating in his album “The Sleep Of Reason”.

Jansen avoids simply delivering a soundtrack to Goya paintings as it is more about the feelings these works provoked in him. Although he did install some Goya reproductions in the studio during the production, what he does much more is enter a dialogue with the artist held over the distance of centuries, responding to the paintings with the tools and intentions of his own chosen language.

He encounters the Spaniard from the standpoint of a modern-day German musician, who has no need of Hispanisms to penetrate the imagery. “The thing that fascinates me about Goya is that throughout the course of his life he continually closes in on what he considers to be the essence of being human,” says Jansen. “He was always very honest with himself, and to do that justice, I also had to be honest with myself, and inserting Spanish influences wouldn’t have been truthful.” Instead he mixes in sound imagery from jazz and rock hymns, crowned by two cover versions of U2′s “Love Is Blindness” and Brothers In Arms” by Dire Straits. Neither piece has a direct causal relationship to Goya, but they had a formative influence on Jansen’s musical resumé and they fit in organically with the conceptual themes of the great Spaniard.

Goya was of course a loner, but Jansen looked for a number of allies to help him exploit the spectrum of colours as fully as possible. He began developing and building on the tracks in his trio with drummer Eric Schaefer and bassist Andreas Edelmann, but he soon noticed that something was missing. Structural ideas reached out like Goya’s chimeras. What were originally improvisations had to be refined. Forms that had already manifested themselves demanded new borders time and time again. Jansen went to Hamburg to record additional tracks with the keyboard explorer Friedrich Paravicini, who contributed not only a Hammond organ, cembalo, vibraphone and cello, but also the magical tones of the Ondes Martenot, a prehistoric electronic keyboard. But the sounded needed even more life: cellist Stephan Braun was recruited, and one track emerged in a duet with trumpeter Nils Wülker, whom Jansen has collaborated with for many years now. Co-producer Axel Reinemer, well known from the Berlin jazz producing guerrilla Jazzanova, also had a major influence on the final sound, spending more time in the studio with Jansen looking for the right textures and sounds than the trio itself in the original recording sessions.

What results is a complex masterwork that needn’t shy comparison with the painted originals because it neither copies them nor comments on them, but allows the affectionately brutal fascination that Goya’s paintings exercise on the keen spirit of the 21st century to breathe musically. Goya’s struggles – that becomes more than clear in this music – but also his fulfilment are still relevant to this day. Arne Jansen is a great contemporary sound-painter.

ECHO Jazz Award 2014 for the album "The Sleep Of Reason - Ode To Goya" (ACT). The ECHO award is one of the most respected and well known music awards in the world, similar to the Grammy in the U.S.

Arne Jansen guitar
“Finally! You’ll be tempted to gaze up to heaven and let out a cry of relief. Germany has not seen the likes of a jazz guitar player such as Arne Jansen from Berlin for decades. Perhaps never.“ Jazzthetik, Wolf Kampmann 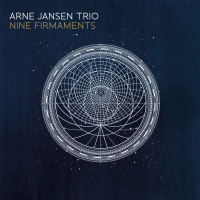 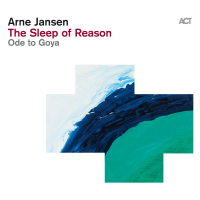 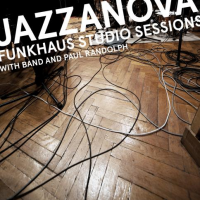 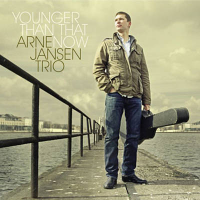 Younger Than That Now 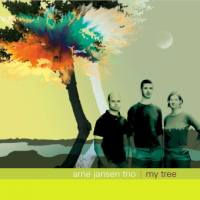 All About Jazz musician pages are maintained by musicians, publicists and trusted members like you. Interested? Tell us why you would like to improve the Arne Jansen musician page.