Arthur Possing is a young Luxembourgish pianist. Born in 1996, he grew up in a family, where music takes an important role and was omnipresent at home. He started classical percussion at the age of 6 and classical piano at the age of 10, later in the class of well-known pianist Jean Muller. In 2009, he began jazz piano with Marc Mangen and in 2011, vibraphone with Guy Cabay. In 2016, after finishing secondary school, he began further studies in jazz piano at the Conservatoire Royal de Bruxelles with Eric Legnini. The Arthur Possing Quartet was formed in 2013. The members of the group met in highschool (music section) and soon they started to play together regularly. In 2017, the musicians are originally from Germany, France and Luxembourg and have studied at the Royal Conservatory of Brussels, at the Centre des Musiques Didier Lockwood near Paris, and at the Musikhochschule Mannheim. Their repertoire consists of own compositions, as well as tunes of jazzmen they really appreciate. The quartet plays modern jazz, with influences from all genres, without forgetting the tradition. In 2017, the quartet recorded its first album, which will be released in the beginning of 2018. 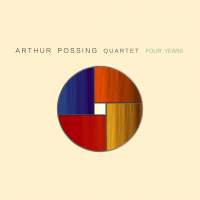 All About Jazz musician pages are maintained by musicians, publicists and trusted members like you. Interested? Tell us why you would like to improve the Arthur Possing musician page.