One of the most distinguished Lithuanian jazz pianists, Artūras Anusauskas has been active as a soloist, composer and band leader. Sharing his sympathies between jazz and classical music, he is particularly nimble at combining the elements of both in his compositions. As a pianist, he has developed a remarkable sensitivity for the aesthetics of sound, as well as a technical finesse and an expertise in classical jazz piano styles. His playing characteristically involves polyphonic voice leading, governed by the influence of academic music. For almost two decades on Lithuanian jazz scene, the pianist currently performs solo and with his quartet. Besides composing and arranging, Artūras Anusauskas also teaches jazz improvisation at the Lithuanian Academy of Music and Theatre. Some of his original compositions, such as the ballad Išgirsk mane (Hear Me) or Nuotaka upė (River Bride), are likely to become Lithuanian jazz standards.

The pianist, soloist and group leader Artūras Anusauskas (b. 1964) stands out for a graceful blend of jazz and classical music idioms, special quality of sound close to the romantic and impressionist pianism, and polyphonic voice leading.

The classically trained pianist discovered improvisation in his teen years, while studying at the M.K.Čiurlionis School of Arts. As he progressed in his studies at the Lithuanian Academy of Music, his interest in jazz increased. In 1983 he became a laureate of the International Student Piano Improvisation Festival held by the Academy of Music, and since then embarked on dynamic jazz musician's career. He teamed into a successful piano duo with Egidijus Buožis, also performed solo. Later on he attended jazz improvisation courses in Denmark and Germany.

A virtuoso performer with a refined sound and command of classical jazz piano styles, Arturas Anusauskas made his debut as a group leader in 1990. In 1993 he founded a well acclaimed quintet together with Liudas Mockūnas, Neda Malūnavičiūtė, Aleksandr Kazakevich and Andrius Afinogenovas. With this quintet he toured Italy, Germany, Austria and Romania, and won, in 1994, the Birštonas Jazz Festival Grand Prix.

Artūras Anusauskas has appeared with different Lithuanian jazz musicians: Vytautas Labutis, Gediminas Laurinavičius, Leonid Shinkarenko, Valerijus Ramoška, Jan Maksimowicz and the quintet Gone With Jazz. He has also played with the Danish singer Anne Kierulf and American drummer Aras Biskis. He is active as accompanist for the vocal jazz group of Arturas Novikas as well as choirs and soloists performing classical music.

One of the highlights of the pianist's solo career was George Gershwin's Rhapsody in Blue which he performed with the Lithuanian National Philharmonic Symphony Orchestra (conducted by Gintaras Rinkevičius). In 1997 Anusauskas became a laureate of the International Leipzig Improvisation Competition where he also received special prize for polyphonic improvisation. To recognize his achievement, the Lithuanian Musicians' Union awarded him with the Gold Disc in 2005.

Over the past years he has mostly been heard as a solo pianist and with his quartet, which recorded the first full album of his music, Feast of Silence. In 2004 the quartet received the award of the Broadway Music Club as the best jazz group of the year.

Besides performing, Anusauskas is involved in composing and arranging. Currently he teaches jazz improvisation at the Lithuanian Academy of Music and Theatre. 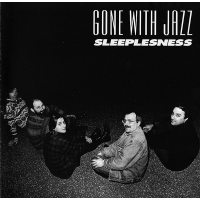 All About Jazz musician pages are maintained by musicians, publicists and trusted members like you. Interested? Tell us why you would like to improve the Artūras Anusauskas musician page.