Pianist, violist, and composer Aruán Ortiz – born in Santiago de Cuba, and resident of Brooklyn – has been an active figure in the progressive jazz and avant-garde scene in the US for more than 15 years.

His 2010 album “Alameda” (Fresh Sound New Talent), which combines modern jazz, contemporary classical music, and Afro-Cuban rhythms, received four stars from the UK based magazine Jazzwise and was named one of the top ten jazz CDs of the year. In response to the quartet's second album, “Orbiting” (Fresh Sound New Talent, 2012), DownBeat magazine called Aruán “...one of the most versatile and exciting pianists of his generation.” The album also received four stars from Jazzwise Magazine and Jazz Journal in the UK, and was chosen as one of the top ten contemporary jazz albums of 2012 by Something Else! webzine.

Aruán’s work consolidates intense research and development on specific themes related to architectural patterns and information drawn from non-musical contexts. Inspired by Afro-Haitian traditions and how those traditions can be expressed through multiple genres, Aruán’s music channels his sound through avant-garde and progressive jazz, serial music, and contemporary classical language, focusing on decentralized roles and multiples themes and interacting collectively in ways similar to a string quartet.

His unique musical vision has been covered in magazines and newspapers in Europe and the US including Jazz ‘n’ More (Swizerland), The Guardian (UK), Expresso (Portugal), The New York Times, DownBeat, JazzTimes, Jazziz, The Boston Globe, Chicago Jazz Magazine, San Diego Union Tribune, and All About Jazz (US), Jazzpodium (Germany), Musica Jazz, Il Muro Magazine, Il Corriere della Sera and Jazz Convention (Italy), The Ottawa Citizen (Canada), The Irish Times (Ireland), and Way Out West (Japan), among many others.

In 2013, Aruán collaborated with the New York-based presenter Revive Music, to produce and curate Music & Architecture, a series of concerts featuring some of the most legendary, forward-thinking, and creative improvisers on the New York scene. These concerts inspired by Iannis Xenakis’s book “Music and Architecture,” were focused on translating patterns, symbols, and structures related to serialism and expressionism in contemporary music, but unusual to jazz improvisation. After the success of this series, journalist Tomas Pena stated, “...The music evoked images of mathematical equations, great architectural works and brought to mind the New York loft scene of the 1970s, where free jazz reigned supreme.”

Aruán’s artistic curiosity has led to projects beyond the jazz landscape. He received a commission from the José Mateo Ballet Theater on the occasion of their 25th anniversary to compose the score for a new choreographic work, “Pagano or No.” This score, heralded as “one of the most significant works of music” by Latin Jazz Network, was recorded on the album Santiarican Blues Suite released by Sunnyside Records in 2012 and premiered by the Camerata Urbana Ensemble at the Next Wave Festival at BAM in New York. In 2013, Aruán wrote “Collage,” an original piece for the ballet commissioned by the YOUME Orchestra. This piece was premiered at the Casa del Jazz Festival in Rome, Italy by the YOUME Orchestra, conducted by Aruán with choreography by the Milena Zullo Ballet. The same year, Aruán was invited by the University of Albany to conducted “Variations,” a free improvisation piece for Orchestra and prepared piano, performed by The University-Community Symphony Orchestra and pianist Bob Gluck.

He holds a MFA in Music Composition by Vermont College of Fine Arts, and as a composer, his growing portfolio include works such as Two Short Stories for String Quartet performed by Secret String Quartet and New MUSE String Quartet, Pandemonium in Clave for percussion trio and piano premiered by Talujon Percussion Ensemble, Ogguere (when the soul of the earth dances around spectral motions) for brass quintet premiered by Brooklyn Brass, and the upcoming Hints of Leguedé for Solo Flute, and Afro-Haitian Living in the Midst of a Twisted Globe for violin, cello and piano trio, premiered in February 8th, 2018.

His most recent albums released by Intakt Records have received 5 stars from prestigious jazz magazines such as Jazziz and DownBeat. Hidden Voices (2016) was lauded as “a solid and unique new sound in today’s jazz world” by Matthew Fiander in PopMatters. And his solo piano effort Cub(an)ism (2017) was called “a genius exercise in the exploration of depth and perception that reveals a bright new wrinkle in the relationship between music and mathematics, reimagining Afro-Haitian Gaga rhythms, Afro-Cuban rumba and Yambú into heavily improvised meditations on modernism that recall John Cage and Paul Bley. Stunning.” (Ron Hart, The Observer).

In 2014, Aruán composed the score for the feature film “Sin Alas,” the first American movie filmed on Cuban soil in 50 years. This film was nominated by the Curaçao Film Festival for the Yellow Robin Award in 2015. Aruán’s work will also be heard on the Spanish short film “The Beating.”

The Quintet Featuring Aruan Ortiz Live at the Cornelia Street Cafe on...

”..one of the most creative pianists of the new generation of Cuban Jazz...” -Jazz News

“...one of the most versatile and exciting pianist of his generations.” Downbeat

“an arriving of a major talent”. Jazz Times

“A mark of quality on gigs and records” New York Times.

About Aruán Ortiz Quartet: ”the calling card of a group of inventive, daring souls who are unbound by musical boundaries and will push them to their limit.” The New York City Jazz Record 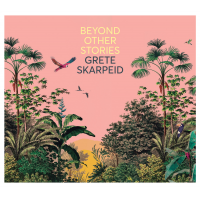 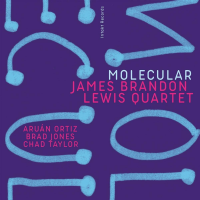 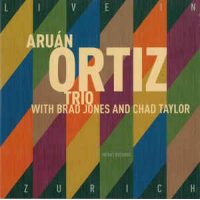 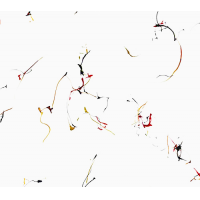 Aruán Ortiz
Beyond Other Stories 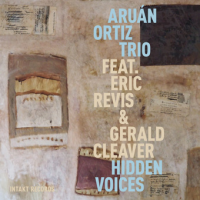 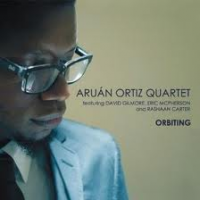 All About Jazz musician pages are maintained by musicians, publicists and trusted members like you. Interested? Tell us why you would like to improve the Aruán Ortiz musician page.