Ashley is a singer/songwriter who creates expressive audio landscapes at the intersection of jazz and modern folk music. She crafts organic, vignette-like songs with rich harmonies that the West Michigan Jazz Society aptly describes as “…an uncompromising concoction of subtle and intimate jazz with a touch of hipster singer-songwriter.”

Noted as “a fine young jazz vocalist” (USA Today), Ashley’s songwriting has also been recognized through grants awarded and artist residencies such as The Banff Centre’s Jazz and Creative Workshop and Betty Carter’s Jazz Ahead.

Ashley honed her chops on the Washington, D.C. jazz scene before completing her masters degree in Jazz Vocal Performance at Manhattan School of Music. All About Jazz says “Ashley owns a decidedly individualistic style and a willingness to take interpretive risks, the true hallmark of the dedicated jazz musician.”

“beautiful jazz art music from a gorgeous voice with superb accompaniment” (I got to hear it Dec. 2014, but you have to wait 'til Jan. 2015!) - Mark S. Tucker, Folk & Acoustic Music Exchange

“…think Joni Mitchell with a Master’s Degree from a prestigious program in Jazz Vocal Performance.” - Jack Goodstein, The Seattle Intelligencer/Blogcritics

“…a catchy folk vibe combined with a brave vocal inventiveness that you’re not likely to hear from too many singers today, but a combination in her hands that needs to be heard more often.” - Jack Goodstein, The Seattle Intelligencer/Blogcritics

“She sings with a bell-like clarity often layered with unexpected harmonies.” - Jack Goodstein, The Seattle Intelligencer/Blogcritics

“It is seldom that you come across an artist that can make so much, create so much that is both beautiful and meaningful out of the repetition of a phrase…and always to great effect.” - Jack Goodstein, The Seattle Intelligencer/Blogcritics

“Ashley Daneman’s music is clearly something special—it is beautiful, and beauty is indestructible.” - Jack Goodstein, The Seattle Intelligencer/Blogcritics

Strength & Freedom for the Contemporary Singer 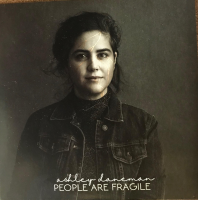 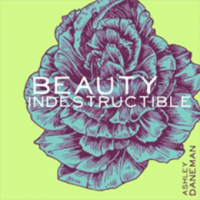 All About Jazz musician pages are maintained by musicians, publicists and trusted members like you. Interested? Tell us why you would like to improve the Ashley Daneman musician page.