ATSCH started life as a graduation ensemble put together by guitarist Mathias Winkler’s for his Newpark BA in 2016. Since then the quartet has held down a weekly residency in Dublin and in November (2017) , they released their self-titled debut EP.

Since then ATSCH has become a regular appearances on the Irish Jazz and with concerts overseas as for the Jazzahead Clubnight 2018 in Bremen.

ATSCH plays instrumental music in the spirit of exiting jazz improvisation within the sound aesthetics of modern-day post-rock. ATSCH is merging lyrical melodies with strong individual solo performances. Being influenced on the one hand by post-rock giants such as “Sigur Ros” or “Explosions in the Sky” and on the other hand by contemporary Jazz artists like “Gilad Hekselman” or “Julian Lage”.

The band's debut EP was recorded and mixed in the Ventry Studios with Dave McCune and mastered by Madhu Kambamettu.

“It feels like that most elusive of all Jazz animals; a band”

“There Is a freshness to it, a lightness that is uplifting” 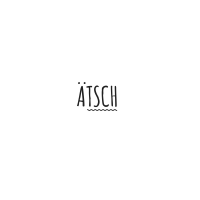 All About Jazz musician pages are maintained by musicians, publicists and trusted members like you. Interested? Tell us why you would like to improve the ÄTSCH musician page.