Avishai Darash is an Amsterdam-based pianist and composer whose style is derived from North African traditional music, Western classical music, American jazz and Israeli folk, amongst others.

Avishai’s enthusiasm for music developed at an early age and his family encouraged him to pursue his interest. At the age of 16, he attended his first jazz concert and was deeply moved by the experience. He immediately began taking piano lessons under the guidance of composer / pianist Ittai Rosenbaum , which ultimately lead him to understand that music was not simply a passion of his, but something that he wished to dedicate his life to.

In 2010, Avishai completed a Bachelor degree at the Jerusalem Academy for Music and Dance under the guidance of Erez Barnoy, Ilan Mochiach and Ittai Rosenbaum.

In the course of his studies, Avishai gained international experience when he travelled to New York City, where he studied with George Cables, Bob Cranshaw, and where he also befriended Brad Mehldau , who took him under his tutelage for a while.

In late 2010, Avishai moved to The Netherlands to complete a joint-honours degree program at the esteemed Conservatory of Amsterdam , studying both jazz music and classical composition.

From 2012 till 2017, Avishai worked closely with the Dutch / Moroccan oud virtuoso Mohamed Ahaddaf as his pianist and arranger. They toured Northern Africa, Europe and South-East Asia and they released two albums together, “Spoken Soul” and “Seasons”.

Avishai's debut album “Impermanence” features the rising talents of the international jazz scene - Ofri Nehemya on drums and Avri Borochov on bass, alongside a string quartet of the award-winning Dutch orchestra “Metropole Orkest” .

Avishai has released in 2018 the project - “Nomadic Treasures”, a European-based collective of musicians under the Italian label A.MA Edizioni. So far, the album has received praising reviews. His second album with the label “SAMSKARA” is scheduled for April of 2019.

Avishai is currently holding the position of Pianist and Arranger for the prestigious Amsterdam's Andalusian Orchestra under the leadership of Maestro Abderahim Semlali. They recorded “Andalusian Echos” in 2017, which features the rising star of the Arabo-Andalusian world, Abir El Abed . They have also toured Europe extensively with the co-production ZIEL/ROUH. It is a collaboration with the dance company ICK which prompted a live album.

Avishai won at several international competitions, such as the “All around jazz-Rome ensemble” (2nd place), The Richard Lupien MIMC for Classical improvisation (Finalist -2014) and The Leiden Jazz award (Best soloist).

Beside his various musical projects, he also co-founded the ‘Autar’ Foundation in 2014, which aims to support the Arts through government subsidies in The Netherlands and Europe. Show less 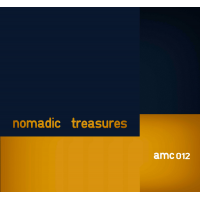 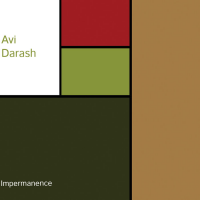 All About Jazz musician pages are maintained by musicians, publicists and trusted members like you. Interested? Tell us why you would like to improve the Avishai Darash musician page.