There is a heritage that is traced, followed and respected by New Orleans drummers. They consider themselves part of a living continuum, musicians of a tradition which dates back to Congo Square, to the source of the African rhythms. There is a definitive drumming style that has evolved, yet has remained firmly rooted in the past, to the turn of the last century, and a drummer who established the jazz fundamentals of the instrument. This is his story.

Warren “Baby” Dodds was born in New Orleans on Christmas Eve in 1894. His grandfather was a drummer at Congo Square, and his brother Johnny Dodds was a clarinetist. Baby as he was always called, was naturally drawn to the drums, and absorbed all he could from the city around him. He liked the street parades, marching bands, dance music, and saw Buddy Bolden playing at Lincoln Park. He also took formal studies, and was taught percussion rudiments, and how to read music.

Baby Dodds was playing in local bands in his teen years, and by sixteen he was in the American Stars, which played a lot of outdoor events. He was also playing in the Storyville area, performing a variety of dance flavored pieces as mazurkas, quadrilles, polkas, and of course blues. He joined Frankie Duson’s Eagle Band that was more into the social club street parades and funerals, doing the famous ‘second line’. Next band he was in was Sonny Celestin’s, this is where he came up with his “shimmy” beat, in which he shimmied his shoulders and stomach all while maintaining the beat. By the year 1918, he joined the Fate Marable Band, a riverboat band, playing up and down the Mississippi River. He stayed on with them for three years, playing along with a young trumpeter named Louis Armstrong. It was during this tenure that Dodds came up with his technique of playing on the wood rims of the bass drum. He used the wood blocks a lot, but then ‘sweetened’ the sound by using the rims. Armstrong and Dodds, both left that outfit in 1921, and he headed for California with his brother Johnny (clarinet) to team up with King Oliver in San Francisco. By 1922 they were in Chicago, where Armstrong joined the band.

King Oliver’s Creole Jazz Band was a traditional dance band, and Dodds fit in perfectly. This was the band that would help define jazz, and his drumming was very much a part of it. He stayed with King Oliver for years, then went with Honoré Duprey and played at the Dreamland Café, which was a major venue for the budding jazz scene in Chicago. In 1927 he rejoined with his brother Johnny and they were at Kelly’s Stables for two years. It was during these years he did his now legendary recordings with Louis Armstrong’s Hot Seven, and Jelly Roll Morton’s Red Hot Peppers. He continued to perform regularly, with Sidney Bechet and his brother. They even ran a taxicab company in Chicago during the depression years of the ‘30’s. His brother Johnny dies in 1940, and by 1944 Baby Dodds moved to New York where he recorded with Bunk Johnson band. He did other recording for the Decca and RCA Victor labels. In 1946 he recorded “Baby Dodds, Talking and Playing” for Folkways, in which he discusses his drumming styles and techniques, playing examples as he talks. In 1947 he was a part of a radio show “This is Jazz”, a broadcast of live performances by New Orleans and New York musicians. He traveled to Europe with Mezz Mezzrow in 1948, and enjoyed the reception and treatment given jazz stars in France and Europe in general. Returning to the states he played an extended engagement at the Beehive in Chicago through 1949. He returned to New York that year, but suffered a stroke, so returned to Chicago to recuperate, but suffered a second stroke in 1950. He was sidelined as far as his playing days, but went on to tutor and give drumming advice to musicians and groups.

Warren “Baby” Dodds personified drumming in a career that ran parallel with the birth and development of jazz. He set the standard long ago for the role of the drummer, and is the originator of a tradition that is revered today not only in New Orleans, but wherever jazz is played.

Read more articles
“When a man is playing, it’s up to the drummer to give him something to make him feel the music and make him work. That’s the drummer’s job. The drummer should give the music expression, shading, and the right accompaniment. It’s not just to beat and make a noise”. —Baby Dodds 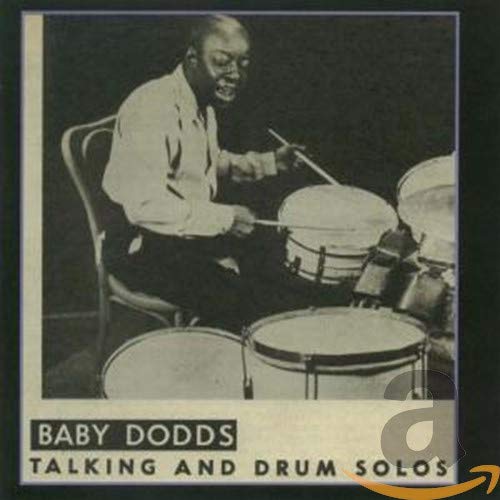 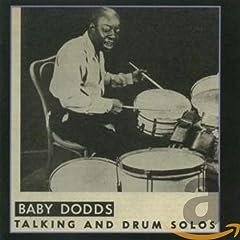 All About Jazz musician pages are maintained by musicians, publicists and trusted members like you. Interested? Tell us why you would like to improve the Baby Dodds musician page.