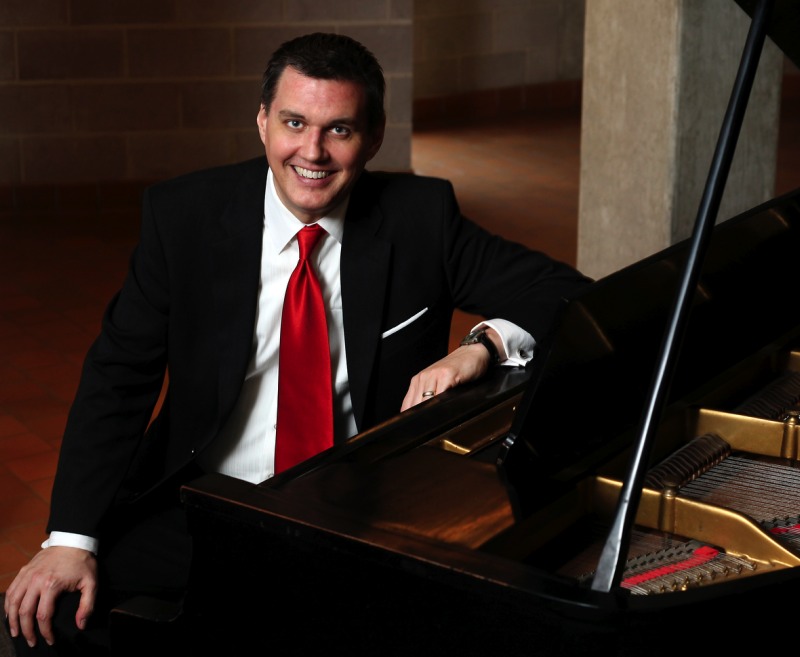 Pianist Barry Brake began playing at San Antonio's historic Gunter Hotel as a high-school student, before earning a Composition degree from Baylor University, and a Master's in English literature from UTSA.

He is now a free-lance composer, arranger, and performer of music, with numerous film soundtracks, stage shows, commercials, and CDs to his name. The San Antonio Current has described him as a “respected pianist- composer” whose music “captivates us all.”

His clients include Taco Bell, Sea World, Turner Broadcasting, and the Wall Street Journal. In 2007 he produced the album “I'll Take Romance,” for singer Ken Slavin, who was named Best Musician of 2006 and Best Vocalist of 2007 by the Current Music Poll.

His most recent projects include: the Sacred Harp Suite, a classical suite for piano; and “Epiphany: 50 Days, 50 Songs,” a musical celebration of Epiphany in various musical styles ranging from classical to jazz to electronica, country, rock, and pop.

Additionally, Barry has been a member of the Jazz Protagonists, one of San Antonio's premier jazz groups, since its formation in 1990. They've won several awards and honors, and have presided over a popular and influential radio show, “The Protagonists Jazz Party,” since 2002.

All About Jazz musician pages are maintained by musicians, publicists and trusted members like you. Interested? Tell us why you would like to improve the Barry Brake musician page.