Originally from Decatur, Illinois, Barry Deister immersed himself in the fertile jazz community at the University of Illinois from 1972-1975 before moving to Chicago in 1975. While in Chicago he played with many of the local jazz artists including Robert Shy, John Campbell, Kelly Sill, Joel Spencer, David Urban, Ed Petersen and many more. He relocated to the West coast in 1985 and was co-leader of the popular Eugene, Oregon based jazz quarter “Meridian” recording and performing at many of the West coast clubs & jazz festivals. During that time he was fortunate to have performed in concert with vibraphonist Bobby Hutcherson and avant guard composer/saxophonist Anthony Braxton.

In 1989 he formed the collective quartet “East/West Dialogue” including the influential composer/pianist Jim McNeely producing 2 recording sessions of his original works that were released on the Frankfurt, Germany based L&R Records.

He is currently living in Portland, Oregon and leading a quintet with trumpeter Paul Mazzio, bassist Jon Lakey, drummer Tim Rapp and pianist Randy Porter and has just released their first project Melbourne Memories” which are a collection of compositions reflecting his impressions on the landscape and culture of Melbourne, Australia. 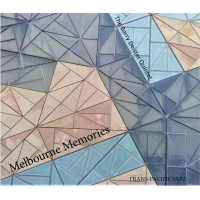 All About Jazz musician pages are maintained by musicians, publicists and trusted members like you. Interested? Tell us why you would like to improve the Barry Deister musician page.