In a career that spans nearly 30 years, Ben Allison has developed his own instantly identifiable sound, solidifying an international reputation as a bassist, composer and band leader. Known for his inspired arrangements, inventive grooves and hummable melodies, Ben draws from the jazz tradition and a range of influences from rock and folk to 20th century classical and world music, seamlessly blending them into a cinematic, cohesive whole.

With his groups The Ben Allison Band, Think Free, The Easy Way Trio, Peace Pipe, and Medicine Wheel, Ben has toured extensively throughout the world, building new audiences with an adventurous yet accessible sound and a flair for the unexpected.

In 2005, 2008 and 2013, Ben was a featured composer, arranger and performer with Jazz Sinfonica, an 80-piece orchestra based in Sao Paulo, Brazil. The orchestra performed Ben’s compositions Little Things Run the World, Riding the Nuclear Tiger, Roll Credits, Green Al, and others from his various albums. Ben performed his Carnegie Hall debut as a leader in February 2012. A multi-part short documentary of Ben preparing for the concert was filmed.

Born in New Haven, Connecticut, Ben has performed and collaborated with an extremely diverse range of artists including oudist Ara Dinkjian, kora player Mamadou Diabate, saxophonists Lee Konitz and Joe Lovano, Cambodian chapei master Kong Nay, legendary performance artist Joey Arias, tap dancers Jimmy Slide and Gregory Hines and US Poet Laureate Robert Pinsky. He has appeared on over 50 albums by various artists and has written music for film, television and radio, including the theme for the National Public Radio (NPR) show On the Media (which has a listenership of over 2,000,000 people weekly), the score for Two Days, a play written by Pulitzer Prize-winning author Donald Margulies and the theme for The Conversation, a webcast talk show hosted by Pharrell Williams.

7 of Ben’s albums have reached #1 on the CMJ national jazz radio charts, often remaining in the top 10 for many weeks, garnering him 8 SESAC National Performance Awards. His album Action-Refraction was named one of the Best Albums of 2011 (of any genre) by NPR and Time Out New York. His albums have consistently been named as among the best of the year by publications such as Billboard, The New York Times, The Boston Globe, The Village Voice, Jazz Times, Jazz Journalists Association, Downbeat Critics Poll, All About Jazz, Coda (Canada), Jazzit (Italy) and Jazz Review (UK), among many others.

ADVOCATE / AUTHOR / NON-PROFIT ARTS LEADERSHIP Over the past two decades, Ben has solidified his reputation as a strong voice for artist empowerment and musician’s rights. In 2001 he served as an advisor to the Doris Duke Foundation, helping to establish Chamber Music America’s New Works – Creation and Presentation program. He has served as a panelist and featured speaker at conferences led by the International Association of Jazz Educators, Chamber Music America, the Association of Performing Arts Presenters, JazzTimes, the Doris Duke Foundation, the NY State Arts Presenters, the JazzConnect conference, and the Jazz Composers Collective (see below).

Ben currently served two terms as President of the Board of the New York chapter of the Recording Academy. Since being elected to the board in 2011, he has also chaired the Advocacy Committee, served two terms as Vice President and acted as interim National Trustee. He has met with state and federal Senators and Representatives on subjects ranging from intellectual property rights, to technology and arts funding. In June 2012, Ben testified before the House Committee on Energy and Commerce in support of performing rights. His testimony was reported on by the BBC (here), Billboard (here, and here), Bloomberg and the New York Times (here) among many other national and international news outlets. In 2015, Ben organized and moderated the first ever Grammy Town Hall in NYC, which featured an expert panel and keynote address by legendary producer Tony Visconti. He has appeared on radio programs produced by WBGO and WNYC where he has discussed issues relating to music piracy and intellectual property rights and is an active member of the NY state coalition NY is Music.

At the age of twenty-five, Ben formed the Jazz Composers Collective — a musician- run, non-profit organization based in New York City that was dedicated to constructing an environment where artists could exercise their ideals of creating and risking through the development and exploration of new music. As the Artistic Director and a Composer-in-Residence of the Collective, Ben produced or co- produced over 100 concerts and special events, including the Collective’s annual concert series (which ran for eleven seasons), national and international tours by Collective artists, an on-going Collective residency at the Museum of Modern Art (MoMA, NYC), and, in partnership with the United States Embassy, a series of concerts and educational activities in Sao Paulo and Campinas, Brazil. From 2001- 2005 Ben organized an annual “Jazz Composers Collective Festival” at the Jazz Standard — which drew international attention as “..a mainstay of New York City’s cultural life” (New Yorker Magazine).

As an author, Ben has contributed music-related articles to magazines such as Downbeat, JazzTimes, Bass Player, Premiere Guitar, Bass World, Double Bassist and thetalkhouse.com. He co-wrote (with pianist Frank Kimbrough) the liner notes for the CD Herbie Nichols: The Complete Blue Note Recordings.

He has received commissioning, performing, and recording grants from Chamber Music America, the Mary Flagler Cary Charitable Trust, the National Endowment for the Arts, the Aaron Copland Foundation, The Mid-Atlantic Arts Foundation, Meet the Composer, and the American Composers Forum, among others.

EDUCATOR Since joining the faculty of The New School's, Contemporary and Performing Arts program in 2011, he has taught classes and led ensembles on subjects ranging from the music of Thelonious Monk, Wayne Shorter, Miles Davis, Herbie Nichols and R&B to advanced concepts of improvisation and composition, as well as individual bass and composition instruction. He has developed or helped to develop four classes for the University: Entrepreneurship in Music, The Entrepreneurial Musician, Senior Seminar and Socially Engaged Artistry. From 2011-2017, Ben was a visiting artist and ensemble instructor at New York University’s Summer Jazz Workshop and has conducted clinics and residencies at over 100 universities and conservatories in the United States, Italy, Brazil, Belgium, the UK, Portugal, Denmark and Mexico. From 2009-2010 Ben was a Teaching Artist at the Weill Music Center at Carnegie Hall. 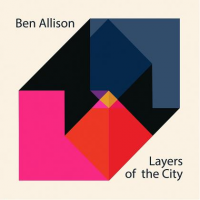 Layers of the City 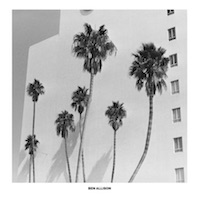 All About Jazz musician pages are maintained by musicians, publicists and trusted members like you. Interested? Tell us why you would like to improve the Ben Allison musician page.