Benjamin Harrison is a multi-instrumental musician, composer and producer from Australia. He has performed and toured across five continents – most recently with Cirque du Soleil’s touring productions of Quidam, KOOZA, VOLTA and Alegria.

Benjamin grew up in Adelaide, Australia and began performing in musical productions from a young age, initially beginning studies on piano and violin at the age of four. During his early formative years, Benjamin received a scholarship from a special-interest music school where he received the opportunity to perform and tour nationally and internationally with several multi-award-winning ensembles—including a tour of China as an Australian cultural ambassador in 2003. During this period, Benjamin also achieved several other accolades including selection at the national Generations in Jazz competition playing saxophone in 2004, and as a pianist the following year.

Benjamin graduated from the Elder Conservatorium of Music with a Bachelor of Music Performance, specializing in Jazz Saxophone. During his studies Benjamin held the 1st tenor saxophone chair in the Downbeat magazine award-winning Big Band One, and in 2008, received an award from dB Magazine for Top Undergraduate Saxophone.

Benjamin is currently based in Sydney, Australia where, in addition to his work as a session musician and producer, he runs a successful and rapidly growing YouTube music channel.

Read more articles
”Benjamin Harrison is a new name, but a multi-talented one with a bright future on the horizon.” Steven Miller – Sound In Review

”This consummate fifty-minute collection of self-penned compositions proves that where true talent needs to manifest, it will inevitably find a way.” Roger Farbey – All About Jazz 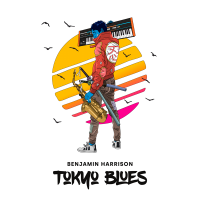 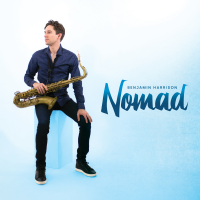 All About Jazz musician pages are maintained by musicians, publicists and trusted members like you. Interested? Tell us why you would like to improve the Benjamin Harrison musician page.