Guitarist Ben Tyree has the power to move people. That statement could be construed in two distinctly opposite ways – either the buoyant groove to get audiences out of their seats or the emotional depth to touch a listener’s soul – but Tyree is the rare case where both meanings are equally applicable.

A product of the diverse Washington, DC music scene, Tyree is a performer and composer of virtuosic ability, infectious groove, and eclectic tastes. All of those elements are placed on stunning display on his latest release, Burn It! LIVE, a blistering live set from the Brooklyn Academy of Music’s prestigious BAMcafé Live series. Revealing his multi-faceted talents, that album follows his gorgeous, classically-influenced acoustic solo album Thoughtform Variations, ample evidence of his diversity and range.

Determined to play the guitar since the age of four, Tyree studied both jazz and classical music in high school while writing his own rock songs and going to jam sessions at blues clubs at night. He continued his studies at DC’s prestigious Duke Ellington School of the Arts and at Howard University before moving to his current home, Brooklyn, in 2002.

The template for his genre-hopping agility was set by the pioneering Miscellaneous Flux, the band that Tyree co-founded in 1998 while still in DC. Refreshingly impossible to categorize, the group fused jazz, hip-hop and punk rock into a crowd-invigorating mix, releasing two EPs and a full-length album before disbanding in 2005 following its members’ move to New York

. Its acclaimed 2002 full-length CD, Dead in Dreams, won a “Wammie” (Washington Area Music Association award) and garnered four other nominations for the band, including Best Urban Contemporary Instrumentalist for Tyree.

Tyree’s longstanding trio BT3 continues in that vein, grafting together jazz, funk and rock in often surprising but always vigorous fashion. The trio recorded their debut CD, re:Vision, in 2010 with special guests John Medeski and DJ Logic, no strangers to boundary-blurring groove. The album also featured tenor saxophonists Stacy Dillard and V. Jeffrey Smith, both of whom reprise their roles on Burn It! LIVE.

His solo debut, Thoughtform Variations, displays Tyree’s more introspective side even while retaining his recognizable stamp. The album consists of eight original pieces combining classical, jazz, pop and folk influences into a rich, harmonious sound. Evidencing influences as varied as John McLaughlin, Michael Hedges, and J.S. Bach, the pieces also reflect the indelible contributions made by family, friends and events in his life.

In recent years he’s toured and recorded with the profoundly eclectic Burnt Sugar: The Arkestra Chamber as well as the uncategorizable Memphis singer-songwriter Valerie June, whose idiosyncratic blend of folk, blues, gospel, and soul have brought Tyree to the stages of The Tonight Show with Jay Leno and the Late Show with David Letterman. His compositions have also taken the leap from stage to screen. He has scored several independent films as well as pieces for television that have appeared on ESPN and in advertising campaigns for companies like Green Team USA.

”Tyree’s reputation as one of the baddest players on the block is spreading, as fans and players are taking note of his uniquely personalized take on modern jazz.”

”Big picture: Ben Tyree is hot, he’s fresh and he’s got a lot to offer us in the way of new music. Needless to say this isn’t your parent’s ‘60’s fusion record.”

”Tyree had this way of evoking the most precise utterances, delicate yet so deliberate, it was sure-footed dexterity and then some.”

”Tyree’s reputation as one of the baddest players on the block is spreading, as fans and players are taking note of his uniquely personalized take on modern jazz.”

”Big picture: Ben Tyree is hot, he’s fresh and he’s got a lot to offer us in the way of new music. Needless to say this isn’t your parent’s ‘60’s fusion record.”

”Tyree had this way of evoking the most precise utterances, delicate yet so deliberate, it was sure-footed dexterity and then some.”

“...might be best known for his progressive art-rock ensemble (Miscellaneous Flux) but if you look deeper than the dazzle of the group's stream-of-consciousness hip-hop lyrics and angular arrangements, you'll find chops befitting an accomplished jazz guitarist.” 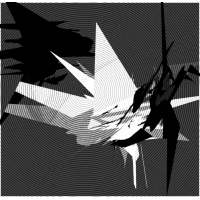 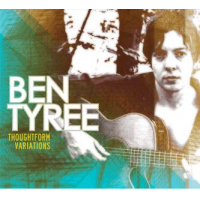 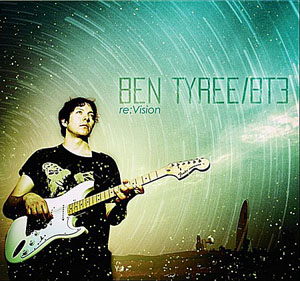 All About Jazz musician pages are maintained by musicians, publicists and trusted members like you. Interested? Tell us why you would like to improve the Ben Tyree musician page.