Billy Branch was discovered by Willie Dixon, the “father of modern Chicago Blues,” while Billy was still in college. Willie encouraged Billy to finish his college education, which he did, but instead of going to law school after receiving his political science degree, Billy began touring with the Willie Dixon Chicago All-Stars. This gave Billy the unique opportunity to travel and work as an under study for the legendary Carey Bell who was planning to leave the All-Stars and form his own band. When Carey took his leave, the young Billy Branch took his place, touring with Willie Dixon for 6 years. Since those early days, Billy has played on over 150 different recordings, including 12 under his own name. He's recorded with Willie Dixon, Johnny Winter, Lou Rawls, Koko Taylor, Eddy Clearwater, Honeyboy Edwards, Syl Johnson, Lurrie Bell, Lonnie Brooks, Ronnie Baker Brooks, John Primer, and Taj Mahal, just to name a few. In addition, he has received three Grammy nominations (losing one nomination to BB King and Eric Clapton). He served two consecutive terms on the Grammy Board of Governors, and founded the Grammy Blues Committee. In addition, he has won multiple W.C. Handy Awards from the Blues Foundation, an Emmy Award, an Addy Award (this is like an Oscar for TV ads), two Chicago Music Awards, and numerous humanitarian achievement awards. Billy Branch has become the ambassador of the Chicago Blues. During his 6 week tour of Turkey, he represented the USA in Turkey’s Parliament, teaching political party leaders to play harmonica! Thousands of fans showed up every night of the week to experience the authentic Chicago Blues! He and his band, the Sons of Blues have delivered this cultural legacy around the world, having made over 70 international tours. The 2007 Chicago Blues Festival honored the thirtieth anniversary of Billy Branch and the Sons of Blues with a 3 hour performance. In fact, they also headlined the 2011 Chicago Blues Festival.

Billy is a Blues education pioneer. In addition to his recording and performing, he's taught literally thousands of children around the world. His internationally recognized “Blues in Schools Program,” is committed to teaching both young and old about the Blues as the roots of America's music. He has brought his interdisciplinary program to Europe, South America, Asia, and most recently to Mexico where he taught his two week program in Spanish. In addition he teaches in the Grammy Museum Music Revolution Project. Show less 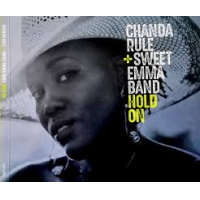 All About Jazz musician pages are maintained by musicians, publicists and trusted members like you. Interested? Tell us why you would like to improve the Billy Branch musician page.