His first steady gigs of note were with Shirley Horn and Buck Hill. In the 1960’s he toured with Jimmy Smith, Wes Montgomery, Eddie Harris, and Pharoah Sanders. In 1970 he joined Herbie Hancock’s Sextet, and after that band broke up in 1973 he joined first McCoy Tyner (two years) and then Stan Getz (four). In the 1980’s Hart was a regular with many bands and leaders: Gerry Mulligan, Billy Harper, Clark Terry, The New York Jazz Quartet, the Jazztet, Mingus Dynasty and most extensively with Quest (with David Liebman, Ritchie Beirach, and Ron McClure). In the 1990’s Hart was a member of the Charles Lloyd, Joe Lovano, and Tom Harrell groups, and in 1999 he began performing with the Three Tenors (Liebman, Lovano, and Michael Brecker). He is on about 500 hundred records as a sideman.

Billy Hart's own records include:

Since the early 1990’s Billy Hart has devoted a lot of time to teaching.

He also teaches private lessons through The New School and New York University,

and often contributes to the Stokes Forest Music Camp and the Dworp Summer Jazz Clinic in Belgium.

In Touch Entertainment Announces Its Fall/Winter Jazz Series Lineup at...

Enter the "Billy Hart - All Our Reasons" Giveaway at All About Jazz!

Jazz Flutist Ilona Kudina Releases "Nothing But Illusion" with drummer... 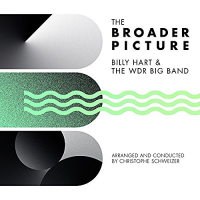 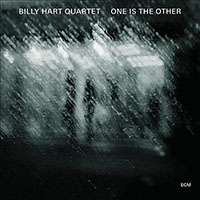 One is the Other 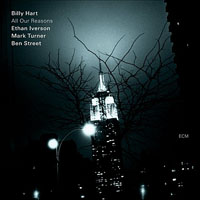 All About Jazz musician pages are maintained by musicians, publicists and trusted members like you. Interested? Tell us why you would like to improve the Billy Hart musician page.