Billy Mohler is a Grammy Nominated writer, producer, and multi-instrumentalist. Mohler graduated from the Berklee College of Music in Boston, MA, where he studied Jazz Performance. Mohler was selected to be one of only five members chosen to be a part of the prestigious Thelonious Monk Institute of Jazz. While at the Monk Institute he performed and studied with jazz superstars Herbie Hancock, Wayne Shorter, Clark Terry, Jimmy Heath, Christian McBride, Brian Blade, Joshua Redman, Cassandra Wilson and Barry Harris amongst others. Mohler was asked to perform at the U.S. Department of State in Washington, D.C. for Madeline Albright's birthday in an ensemble consisting of Mohler, Herbie Hancock, Wayne Shorter, Terri Lynn Carrongton, and Giovanni Hildago.

Billy Mohler was a founding member of The Calling, on RCA Records. The Calling had tremendous success selling over one million records. Upon leaving the The Calling, Mohler and Smashing Pumpkin's drummer Jimmy Chamberlin started a group together called The Jimmy Chamberlin Complex. They signed to Sanctuary Records and together co-wrote and co-produced the group's debut album featured Billy Corgan (Smashing Pumpkins), Rob Dickenson (Catherine Wheel) and Bill Medley (Righteous Brothers). Fun fact - Bill Medley is Mohler’s godfather.

Mohler then joined Macy Gray's band for a year of touring, writing and recording. Mohler then began working with Aaron Bruno on a record that would become Awolnation - Mohler was the original bassist of the group and played on the band's debut record as well as contributed to the writing.

Being an avid skateboarder himself it was a great honor when skateboarding legend Tony Hawk asked Mohler to be the musical director for his own Boom Boom Huck Jam tour. Mohler led a five piece band on the road for a two and a half month arena tour orchestrating the music to the extreme sport's show.

Most recently, Mohler co-wrote and produced hipster press darling's Pom Poms. Pom Poms was named one of the Top 14 Bands of the CMJ Festival 2015. 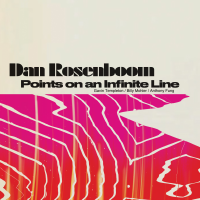 Points on an Infinite... 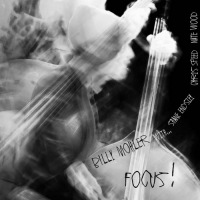 All About Jazz musician pages are maintained by musicians, publicists and trusted members like you. Interested? Tell us why you would like to improve the Billy Mohler musician page.