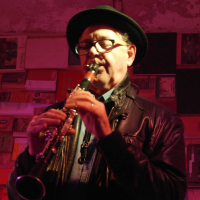 I have been involved with the arts for most of my life. I began studying the alto sax at the age of 14 in middle school and have been playing/ studying in varying capacities since.

After periodic explorations of drama, poetry, architecture, visual art, a B.F.A. and an M.F.A. and a stint in Europe, I arrived in NYC in 1989 with my family and an alto sax.

In the past 18 years I have been actively involved with the NYC Improv Scene: Amica Bunker, the Improvisers Collective and most recently the C.O.M.A. series at ABC No-Rio recent as in the past 10 years As a composer I have incorporated traditional musical scoring techniques with visual/graphical and performance oriented presentations and a simple philosophy- sound and vision are inter-related in life and art resulting in communication.

Although primarily an alto saxophonist I play a number of reed, flute, percussion and string instruments at varying degrees of competency per composition requirements and recently began including computer altered sound files in performance as background for improvisation.

This has resulted in my performing and collaborating with an extreme variety of types of improvised music including:

Blaise Siwula and Sten Hostfalt at University Of The Streets Thursday...

Gordon Marshall, All About Jazz March 2011

Gordon Marshall, All About Jazz March 2011

Human beings spend their lives trying not to be alone. Once they find company, they begin the elusive search to rediscover their initial solitude. In music, the solo recording reflects this contradictory quest. In many ways it is the most intriguing form, both for fan and artist, and once finally attempted, it is charged with a discernible aspiration to retrieve the ensemble format. First to come to mind on the first track of tenor saxophonist Blaise Siwula’s Live in London, “Stutter’s Waltz”, is Peter Brötzmann in the stammering orgies of deep tones and harmonics. Siwula invokes Albert Ayler on the second track, “On the Plains of Brooklyn”, with a simple, folk-like melody that slowly deconstructs into darker, earthier tones, closing, as Ayler often did, anthemically. “Transparent Dialogue” is a paradigm of what Siwula does all along: he attacks the problem inherent in a single-instrument excursus by engaging in dialogue with himself. Often, as suggested, this involves the play of lighter and darker, of higher and lower tones; but also, as in this tune, short staccato bursts contrasted with longer, legato lopes. Siwula is a master duettist and he has no trouble transposing this knack to a self-on-self context. Again, melody and barrages of sound walls stack up against one another swimmingly, as Siwula always hints at harmony even in his noisiest squawks and his tunefulness is ever tempered by a robust, muscular delivery.

Wilbur MacKenzie, All About Jazz

Saxophonist Blaise Siwula has been a constant presence in the creative music scene in New York for decades. His ongoing Sunday concert series COMA (Citizen’s Ontological Music Agenda) at ABC No Rio has been a great spot to catch many of the city’s best improvisers over the years.

Recorded a decade ago in Tucson, Arizona, Live at The Matt Bevel Institute, Siwula’s duo with guitarist and composer Dom Minasi, is an electrifying experience, their two instruments blending exquisitely.

Blaise Siwula ia a veteran of the downtown New York City avant garde scene, known for his mean alto saxophonebut also able to shine on clarinet and tenor which he demonstrates on this remarkable recording. He is a master of extended technique, utilizing all elements of his horns to probe harmonies and explore potentially rich areas while never neglecting the song’s imbedded melody 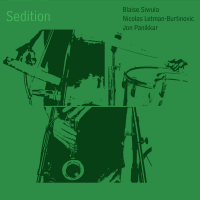 From: Sedition
By Blaise Siwula 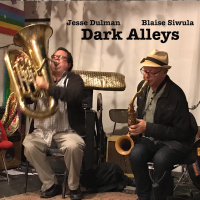 From: Dark Alleys
By Blaise Siwula

All About Jazz musician pages are maintained by musicians, publicists and trusted members like you. Interested? Tell us why you would like to improve the Blaise Siwula musician page.